At first glance, Mary Snowden’s watercolors and animal portraits seem to represent a bucolic New England town: facades of Providence businesses closed down for the day, hens and foxes roaming on a farm, the infamous New England winters with snow piled up on the side of the road. Other than the glowing headlights of a car, there is no sign of human life, only adding to the idyllic character of Snowden’s realist pictures and our collective desire to escape the nightmare of our current pandemic life.

What appears like a “postcard picture” to one is really a culmination of Snowden’s diverse career. Having grown up in a steel town in Western Pennsylvania, Snowden experienced a culture shock in 1958 when she attended Brown University and began producing paintings in a similar vein to the New York Abstract Expressionists. She eventually received an MFA at the University of California, Berkeley where she continued to paint in a minimalist style and depict machine parts and construction scenes of the BART renovation at Walnut Creek. One day, she saw a cow in the middle of the construction site and began painting a series of animals in unlikely places.

After having her first child in 1975, she began to paint still-lives of scenes in old Home Economics books, female cartoon characters from women’s magazines and other symbols of women’s roles in the 1940s and 1950s. But she ultimately returned to farm scenes and animal portraits, this time, incorporating needlepoint embroidery as a means to reflect a traditional farming woman’s life, a life that Snowden has lived and cherished since the 1970s when she was raising chickens in her Berkeley backyard.

Snowden’s long career—she also taught painting and drawing at the California College of the Arts for 40 years and was the first woman to receive the SECA award in 1974—demonstrates the lived reality of the working woman in modern society and her paintings manifest what art historian Griselda Pollock calls the historical simultaneities of the female producer’s perspective, a lived reality that is sharply distinct from her male peers’. Though Pollock was referring to the paintings of women Impressionists, Snowden’s own paintings also reflect a unique perspective that is specific to her personal relation to the pictorial space. The dichotomous division of her animal and architectural subjects and background, eye-level portrayals of her Providence neighborhood as well as her beloved farm animals, and her hybrid practice of painting, embroidery and photography—all of these qualities express Snowden’s intimate and ever-changing relationship with her art as well as her life. 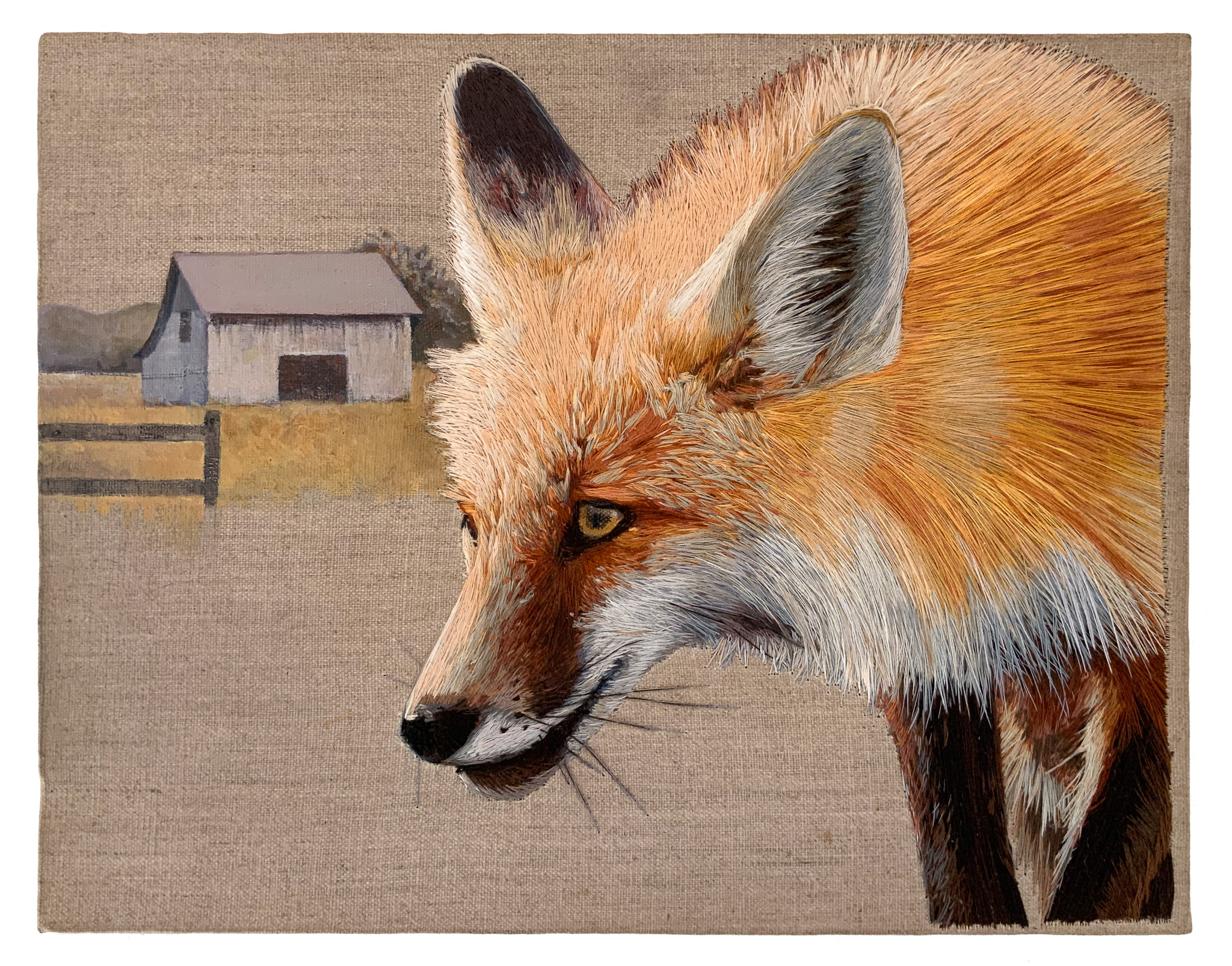 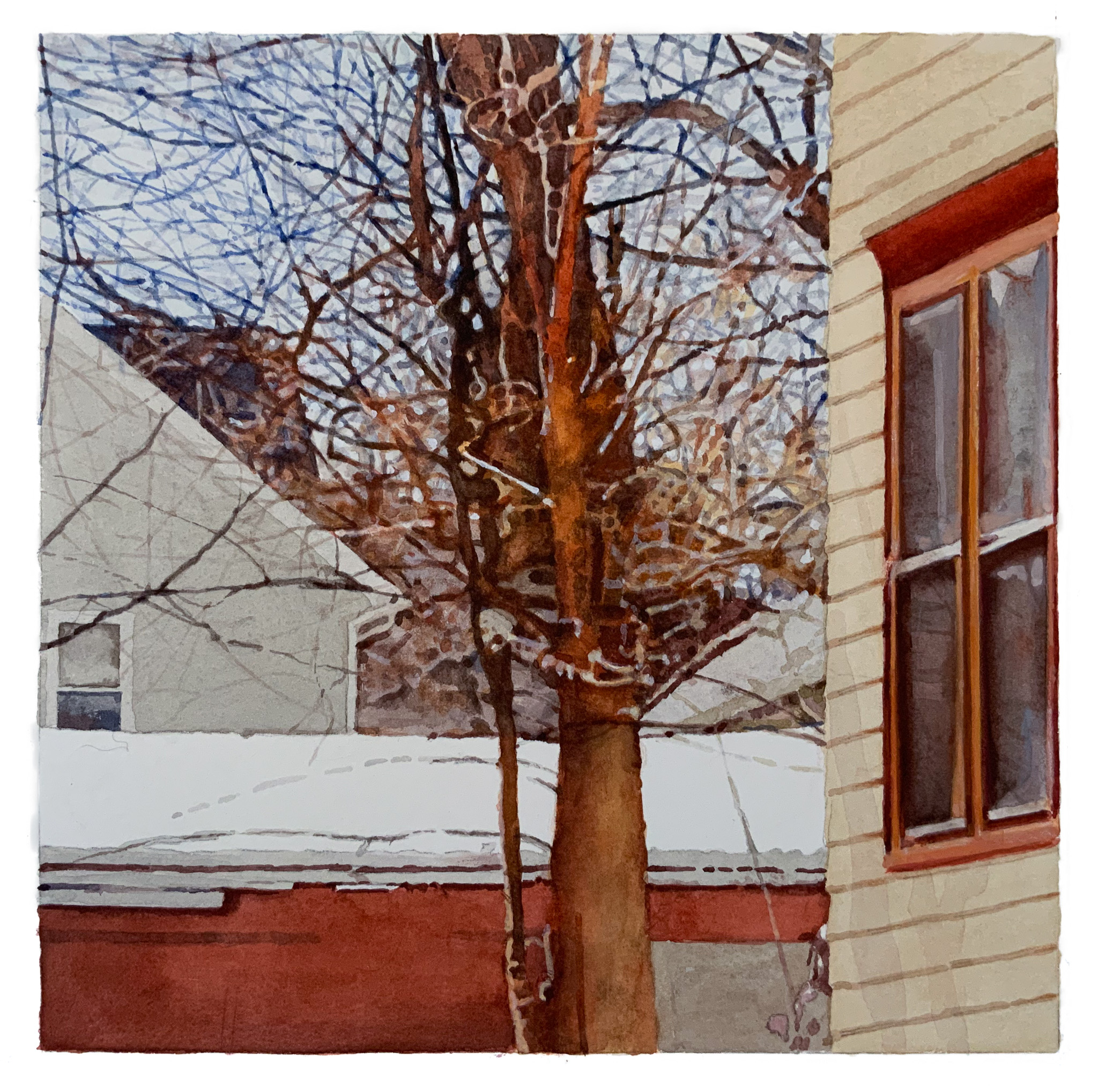 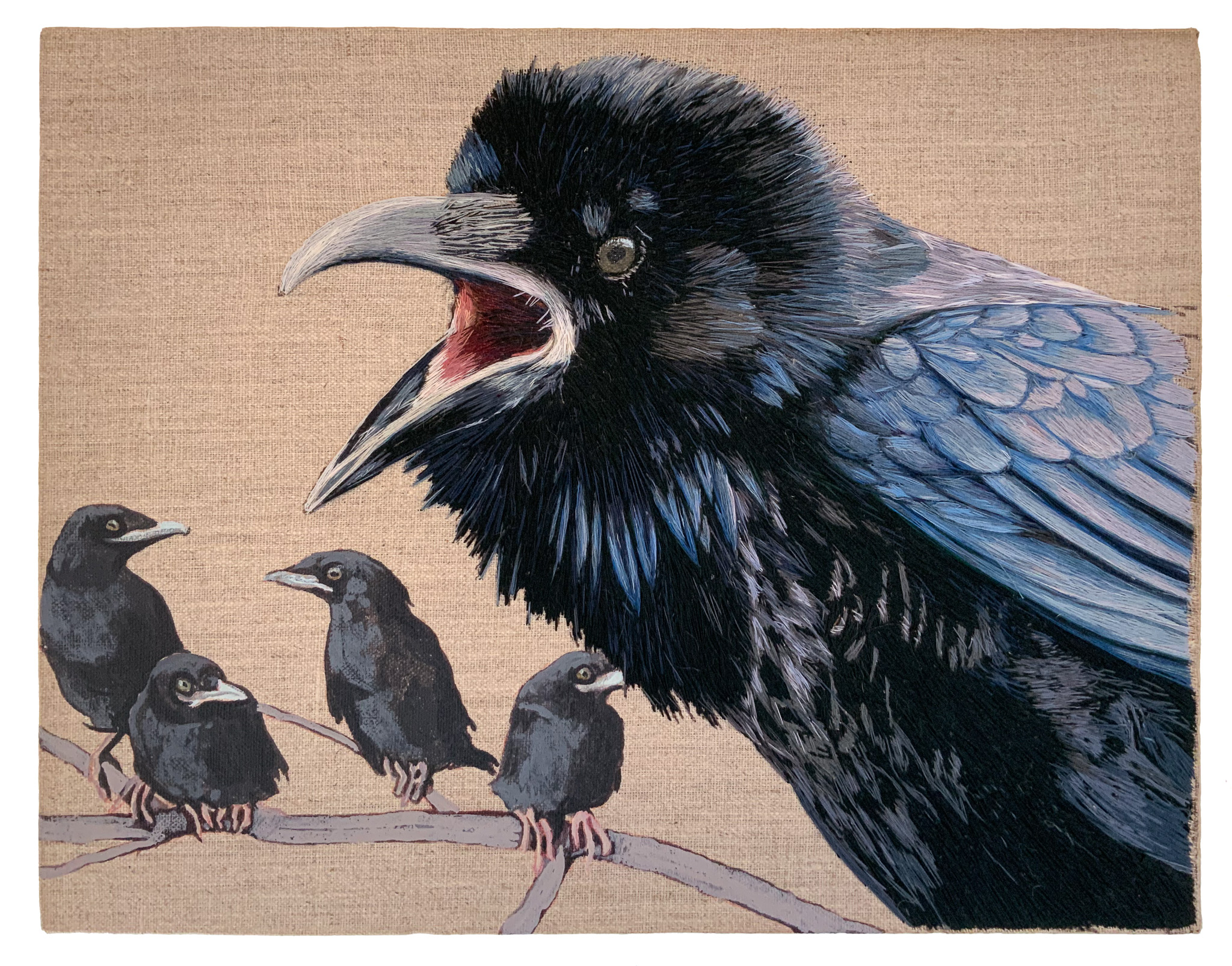 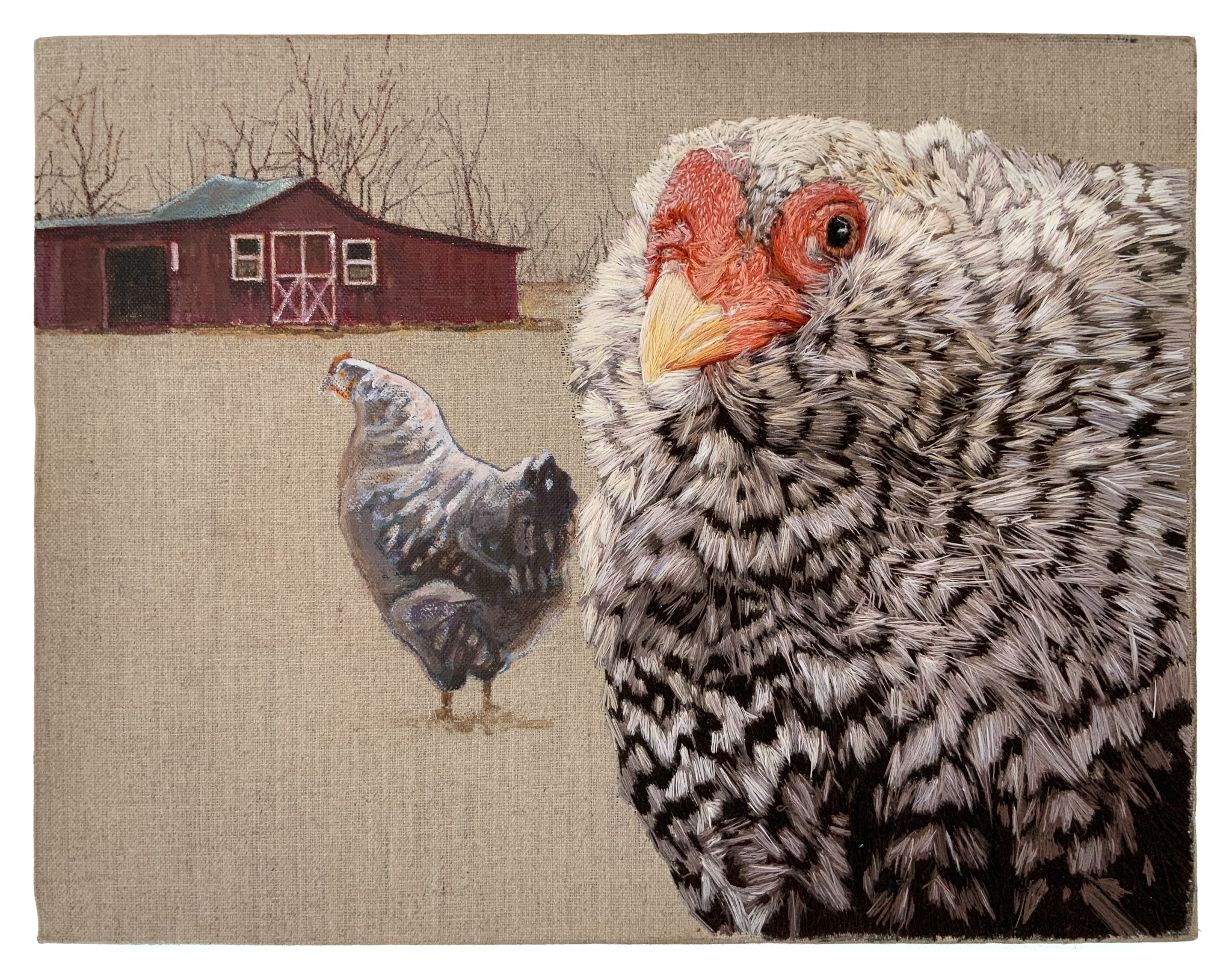 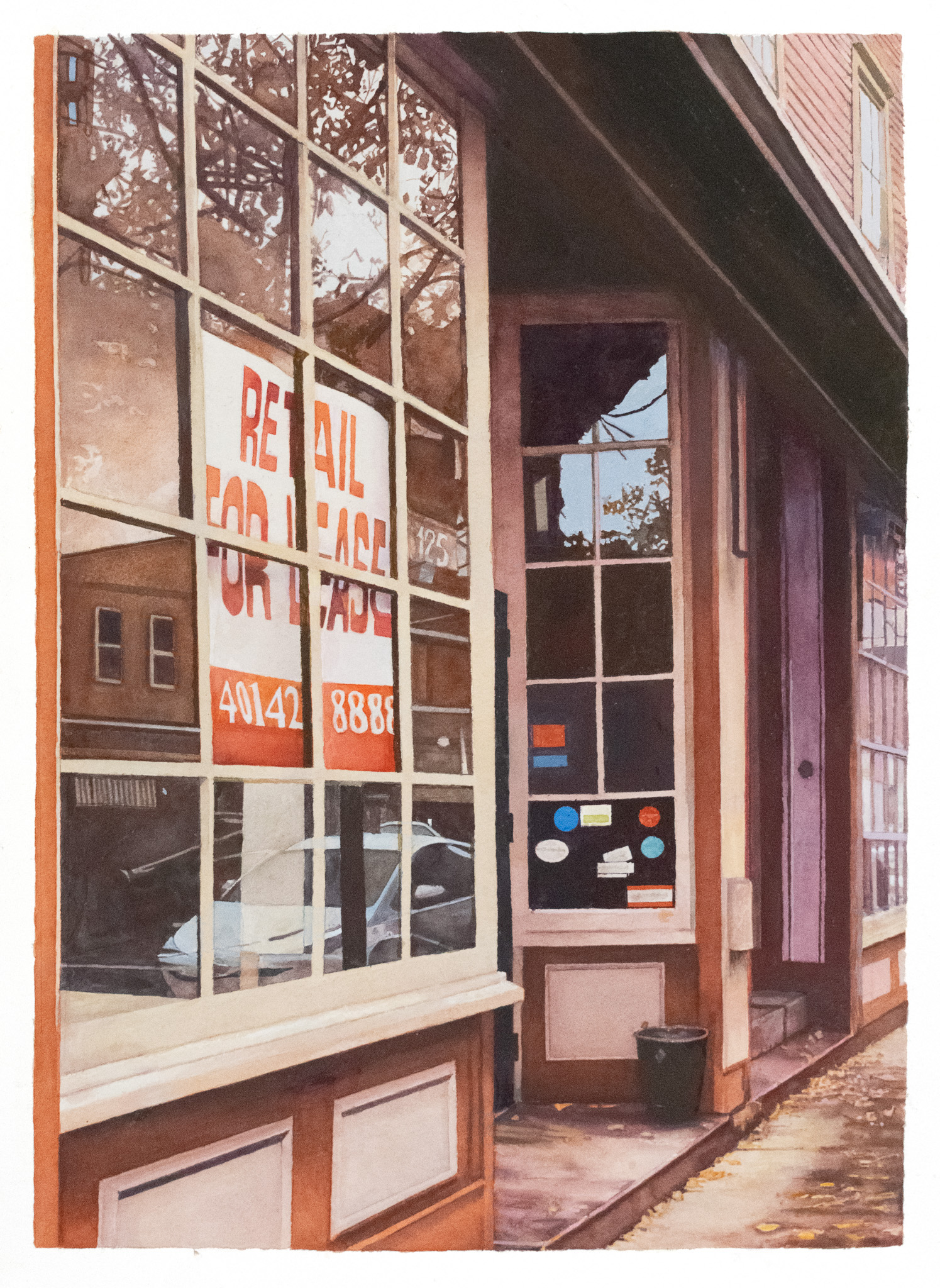 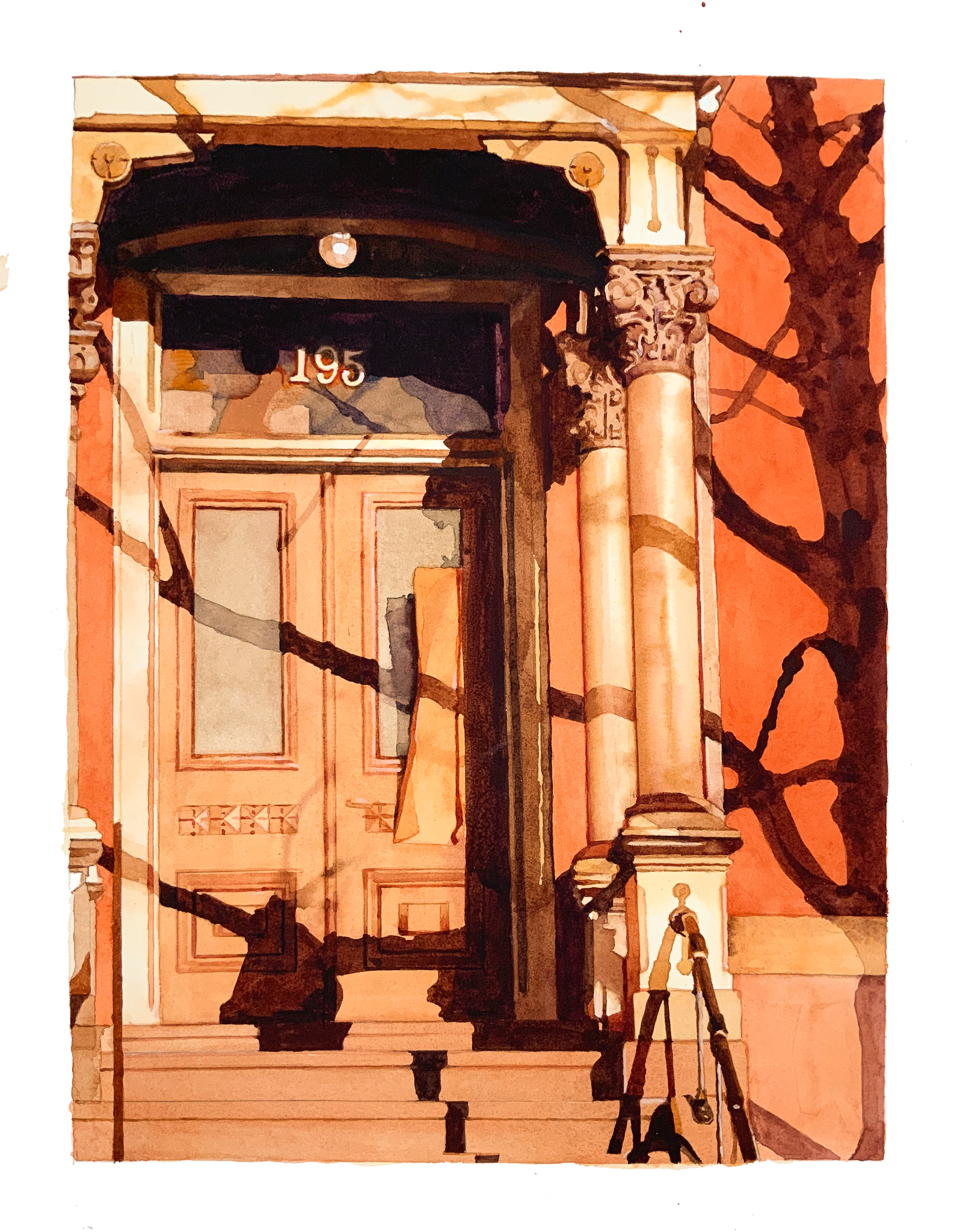 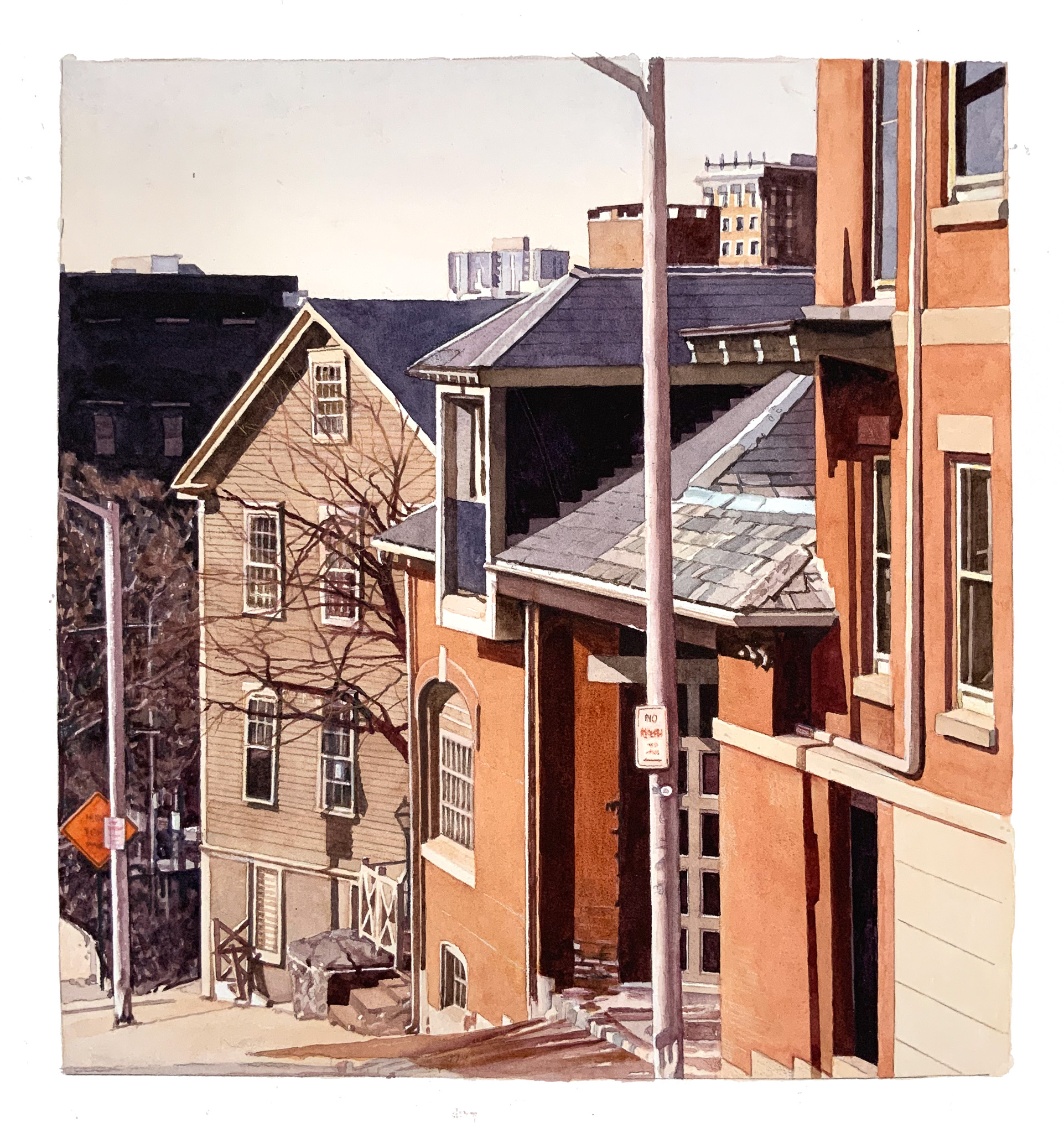 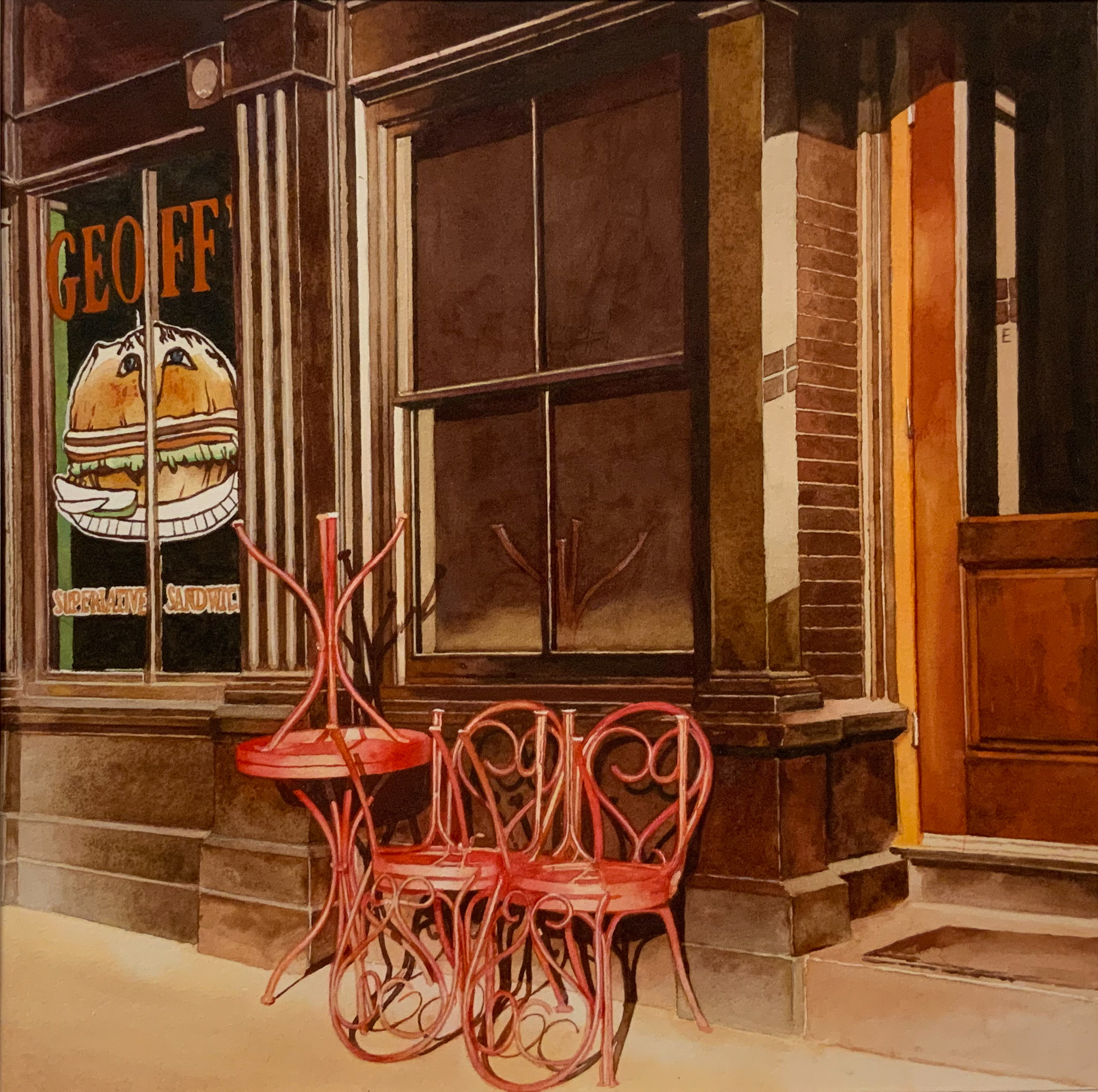 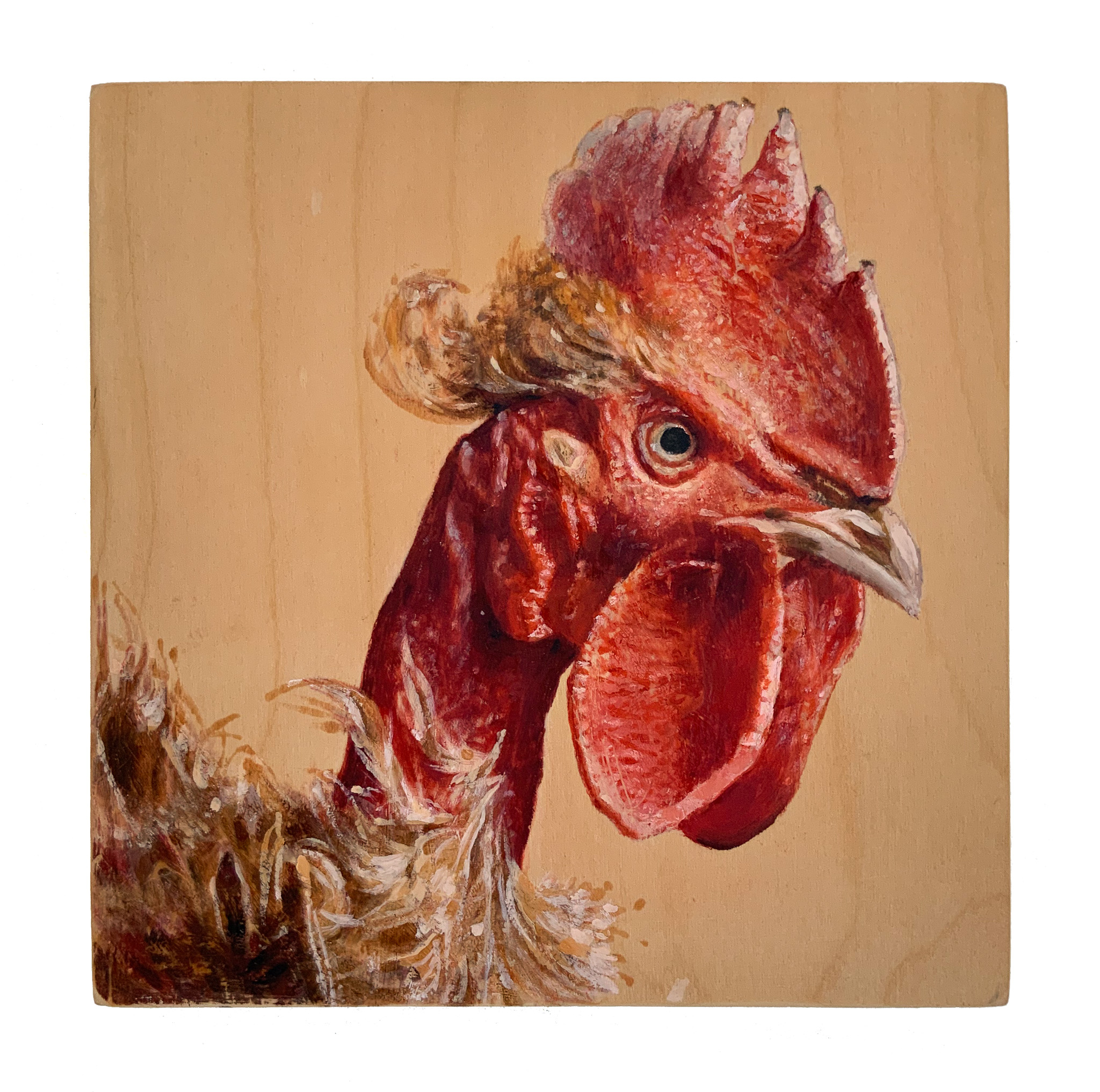 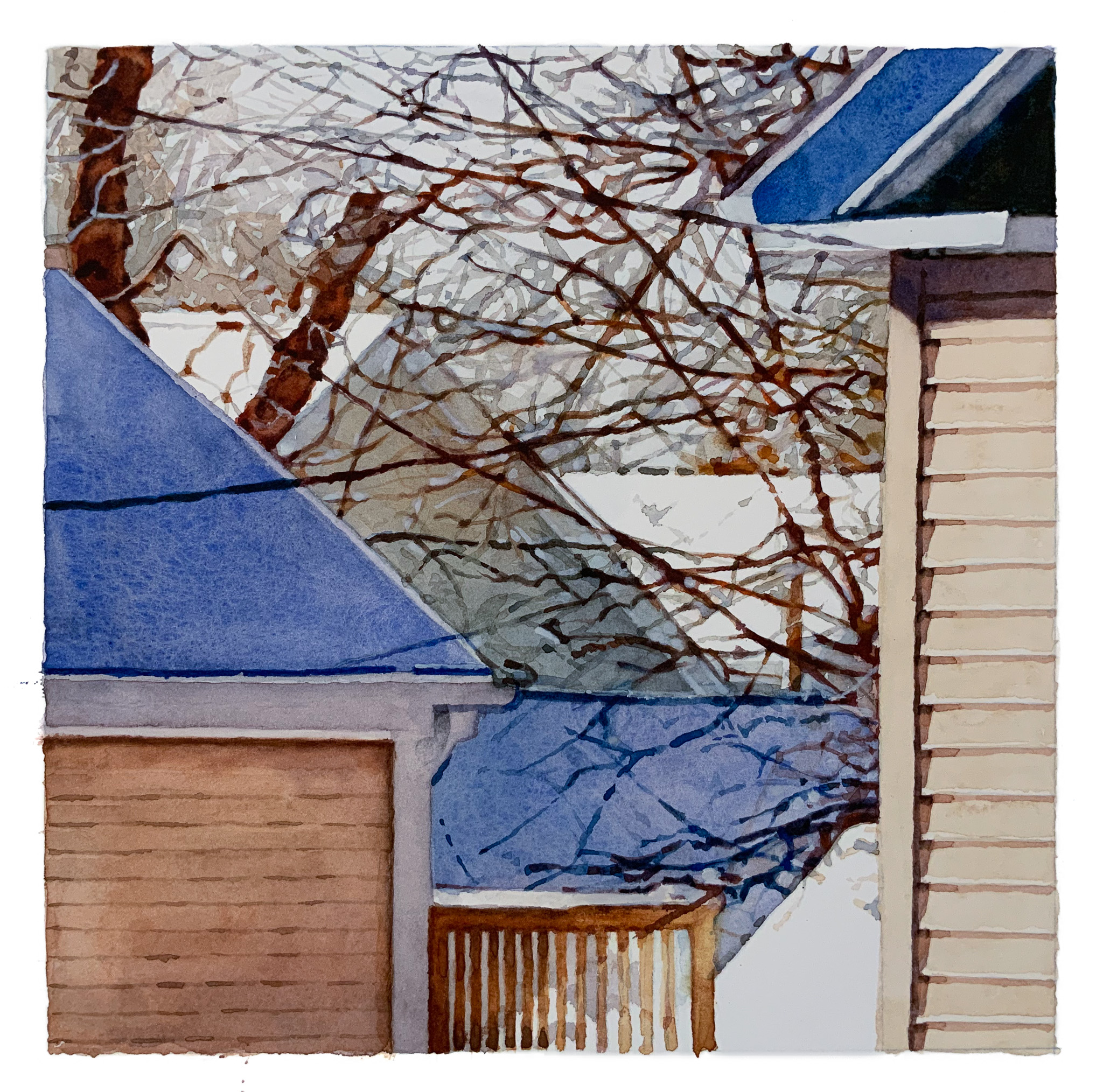 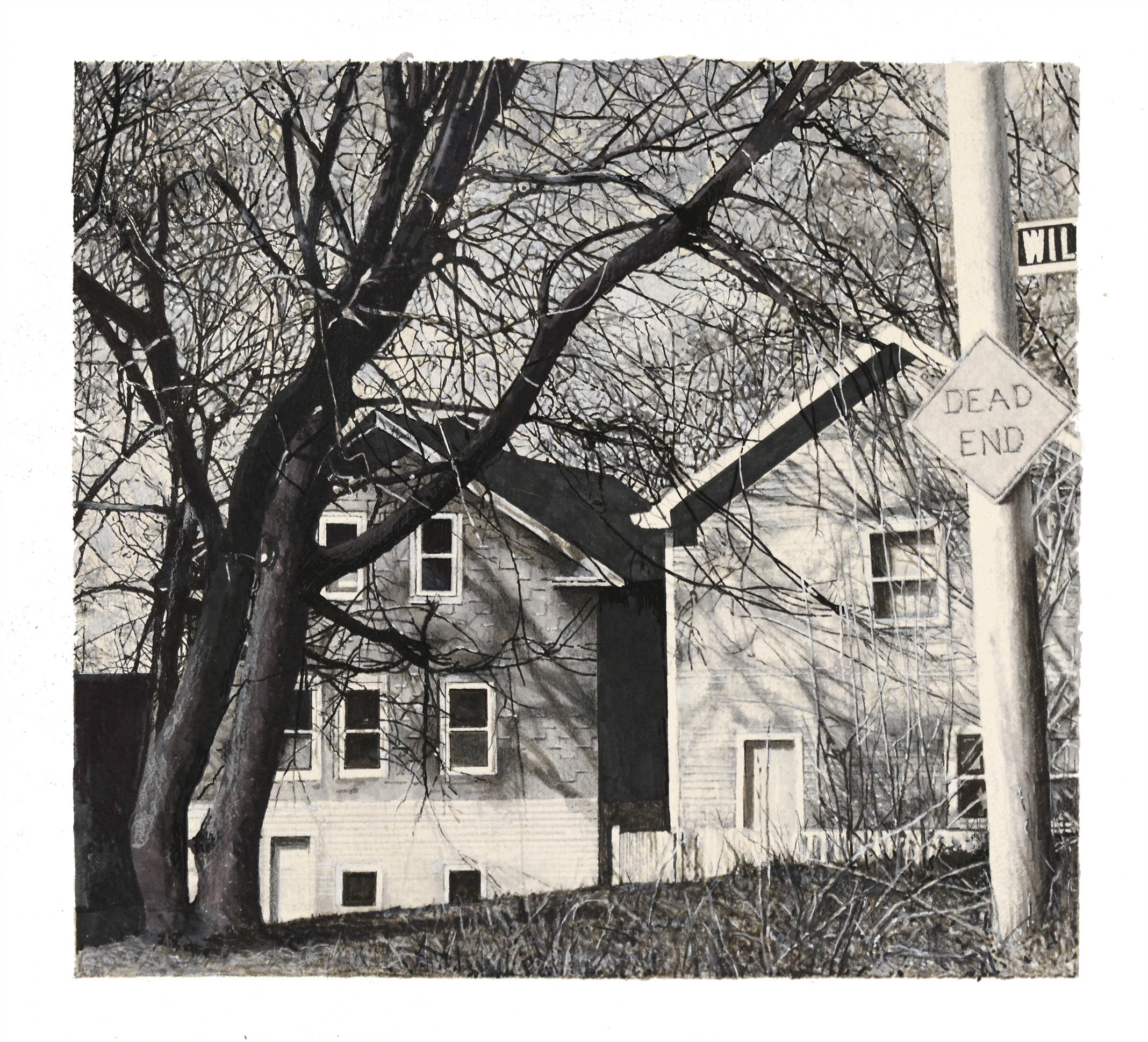 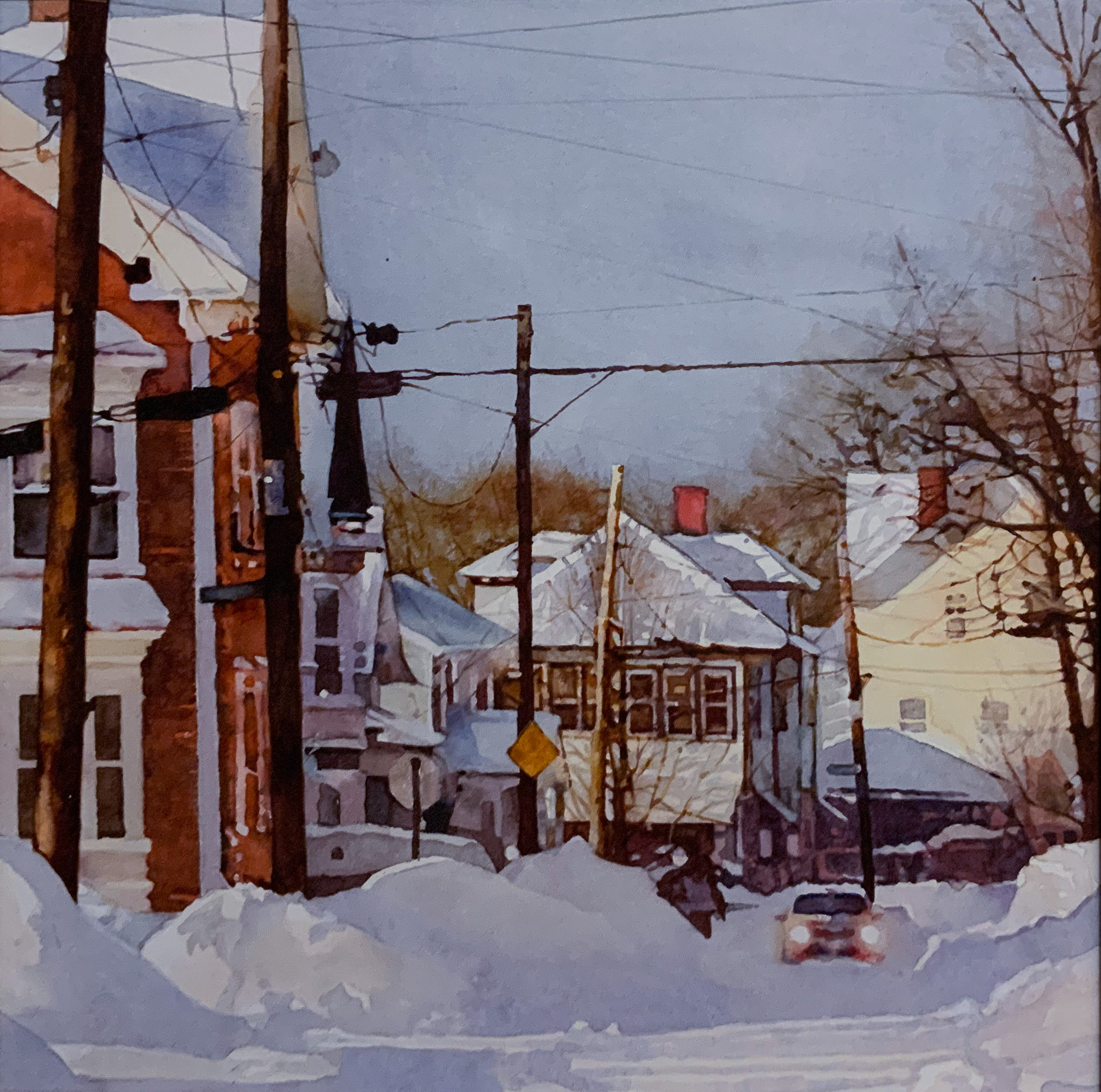