“We comprehend... that nuclear power is a real danger for mankind, that overcrowding of the planet is the greatest danger of all. We have understood that the destruction of the environment is another enormous danger. But I truly believe that the lack of adequate imagery is a danger of the same magnitude. It is as serious a defect as being without memory. What have we done to our images? What have we done to our embarrassed landscapes? What would an ocean be without a monster lurking in the dark? It would be like sleep without dreams. I have said this before and will repeat it again as long as I am able to talk: if we do not develop adequate images, we will die out like dinosaurs.” —Werner Herzog

Dean Byington’s current subject matter reflects the Anthropocene, the current geological epoch defined by the age in which human activities have a significant and detrimental impact on the planet’s ecosystems. Most contemporary geologists mark the start of the Anthropocene on a striking indicator: the widely scattered radioactive dust from nuclear bomb tests in the early 1950s. This coincides with Byington’s early childhood in which his parents worked in Los Alamos on the Manhattan Project developing the atomic bomb. In fact, his father’s primary work was devising and monitoring the atomic tests in the Nevada desert. In a very real sense, his own beginning coincides with the beginning of the current Anthropocene age.

Although impacts upon the planet have many facets and sources, the unifying theme that Byington chooses to address is humanity’s direct collision with the fundamental order of nature. Most of the recent work relates strongly to these impacts. The visual record of what is occurring is often elusive. Systems are changing, switching modes in secret and often deeply hidden until they reveal themselves as ominous threats. The oceans and landscape can no longer be imagined as pristine realms, but rather as organisms absorbing and adapting (as much as possible) to all of the current transformations.

Many of the paintings on view were inspired by images of the Bingham Canyon Mine, Utah (located in the Oquirrh Mountains) and the Grasberg Mine located in Papua, Indonesia. Both mines are considered to be the largest man-made excavations in the world and so vast that they can be clearly seen from outer space. Byington examines the consequences of such colossal interventions in the earth by creating densely configured scenes that reference real and imagined places through appropriated and invented imagery.

A recent series of paintings (Colossus 1–4) uses images of stage-like, raised platforms to focus on “the idea of manufactured landscapes.” These stages often employ elements of the Romantic landscapes of Hudson River School painter Frederic Edwin Church as theatrical flats or curtains draped behind early wooden coal tipples, presenting their idealized beauty in a manner that is both ironic and tragic. Images of jet fighter engines are also a recurring motif for the artist who describes them as examples of modern machines that use these mining materials for their construction, creating socio-political consequences through their use. They are simultaneously consumers and perpetuators of a system that creates a circular dynamic, similar to the earlier absorption of nearby communities by ever- expanding mining operations

In the late 1990s, Byington began to combine his interests in eighteenth- and nineteenth-century prints and illustrated books with photomechanical and digital processes. He developed a complex multi- layered method (including drawing, painting, printing, and collaging) for producing oil paintings that simultaneously recall Surrealist collage and the assemblage and psychedelic aesthetic of the 1950s and 1960s. Although this aspect of his work continues to be explored, there is a new direction using traditional painting techniques and imagery; both approaches will be exhibited together in the new show.

Please join us for a reception with the artist on Saturday, November 5 from 4-7pm in our downstairs gallery at Minnesota Street Project. 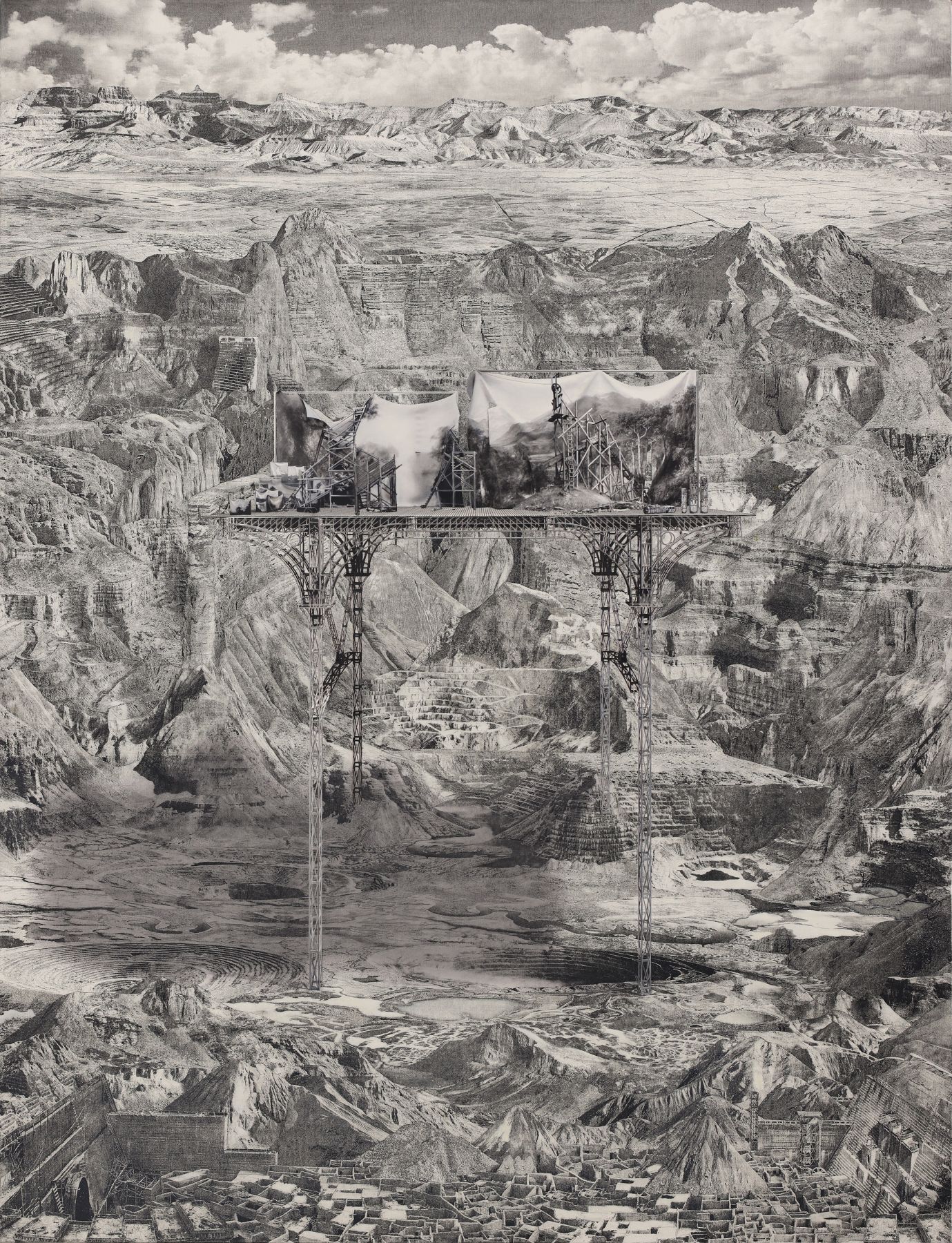 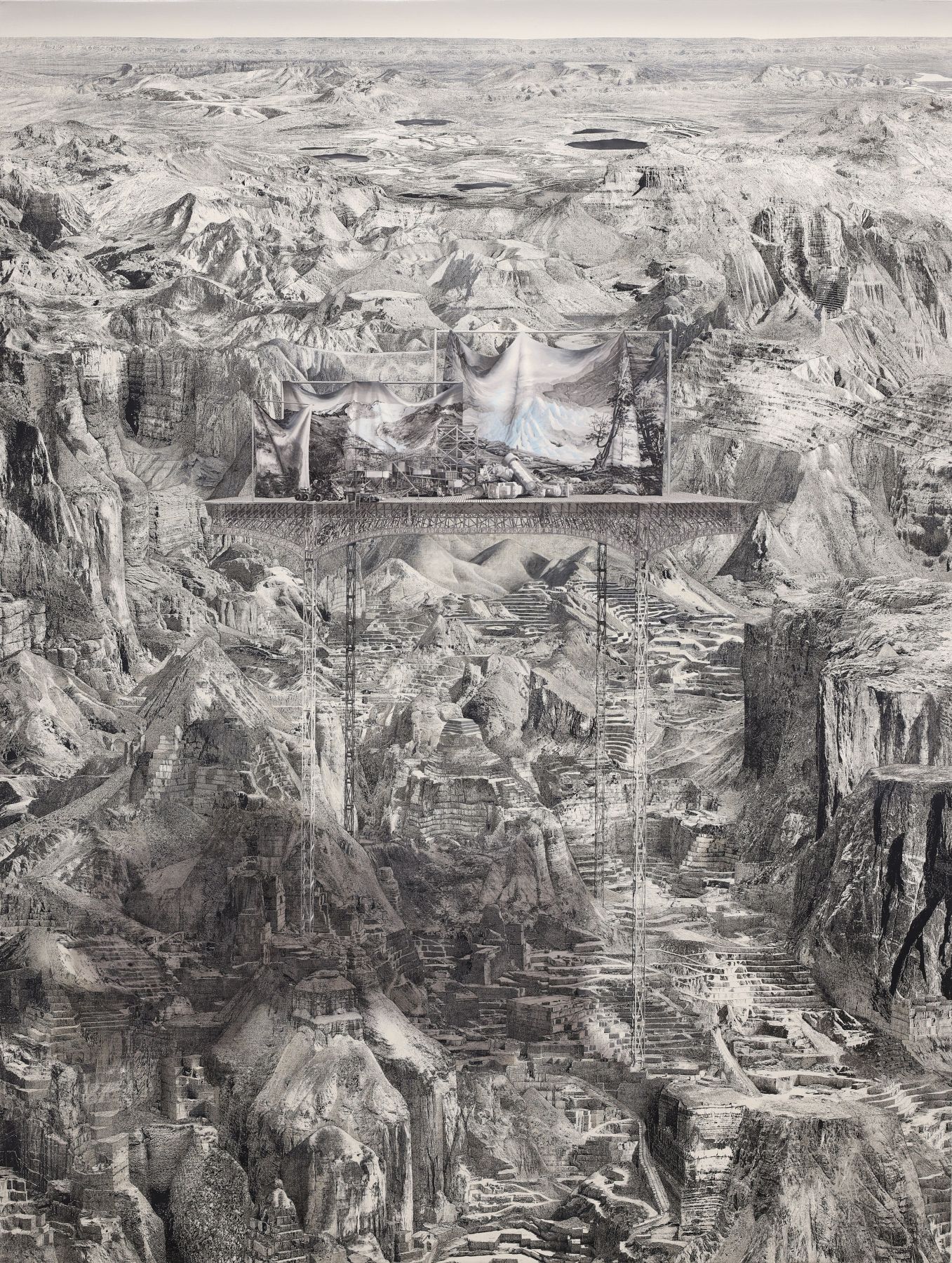 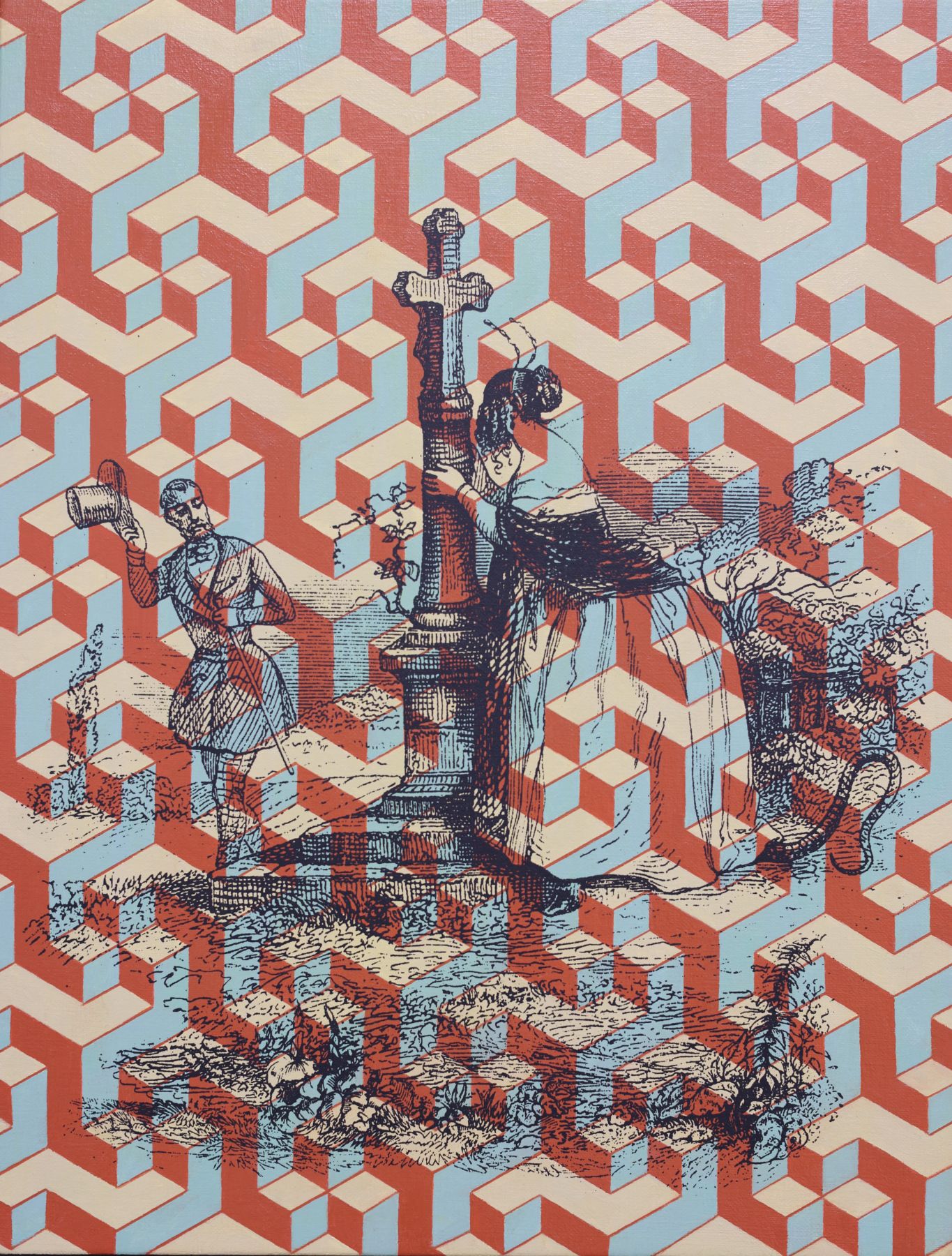 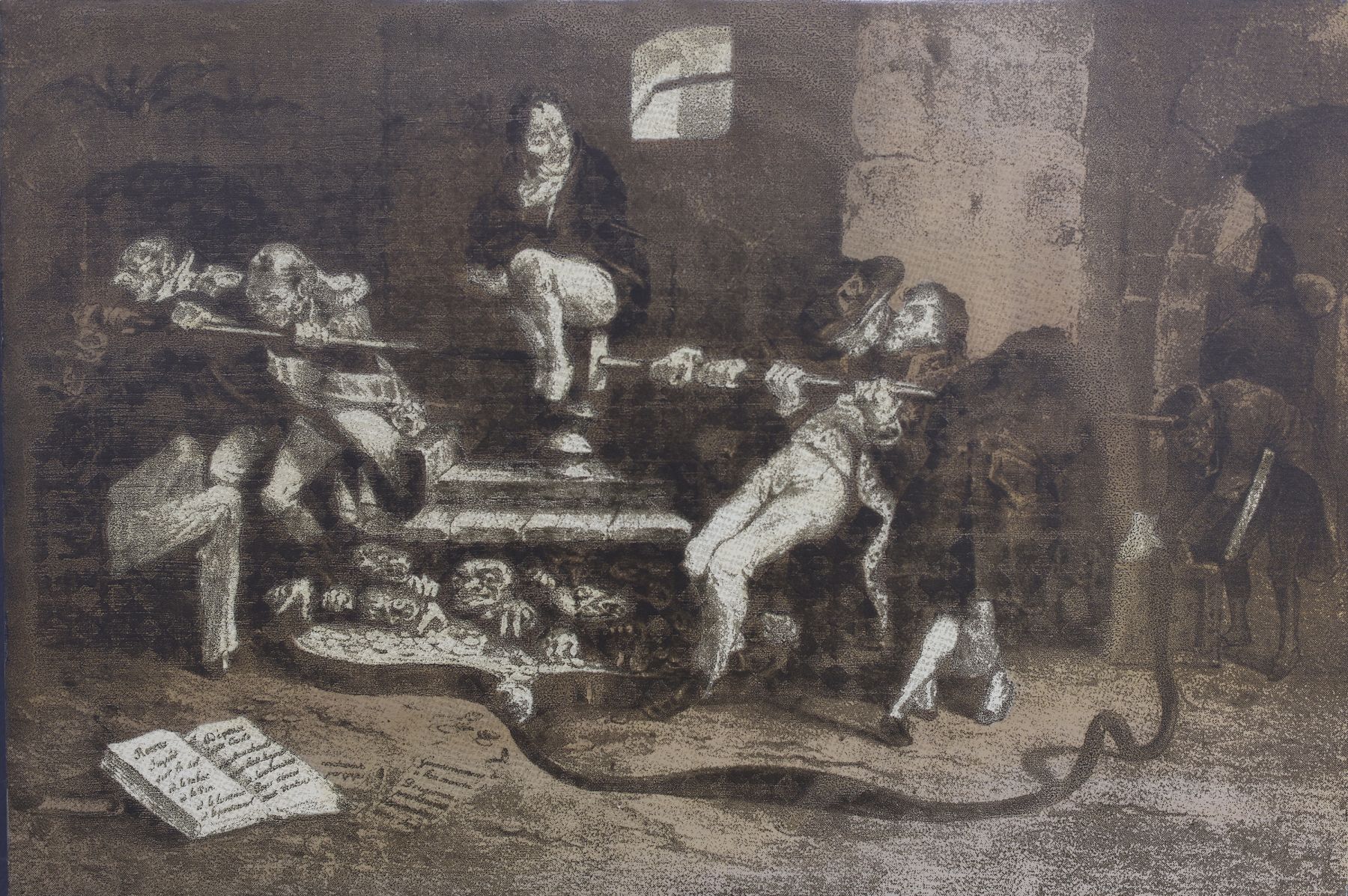 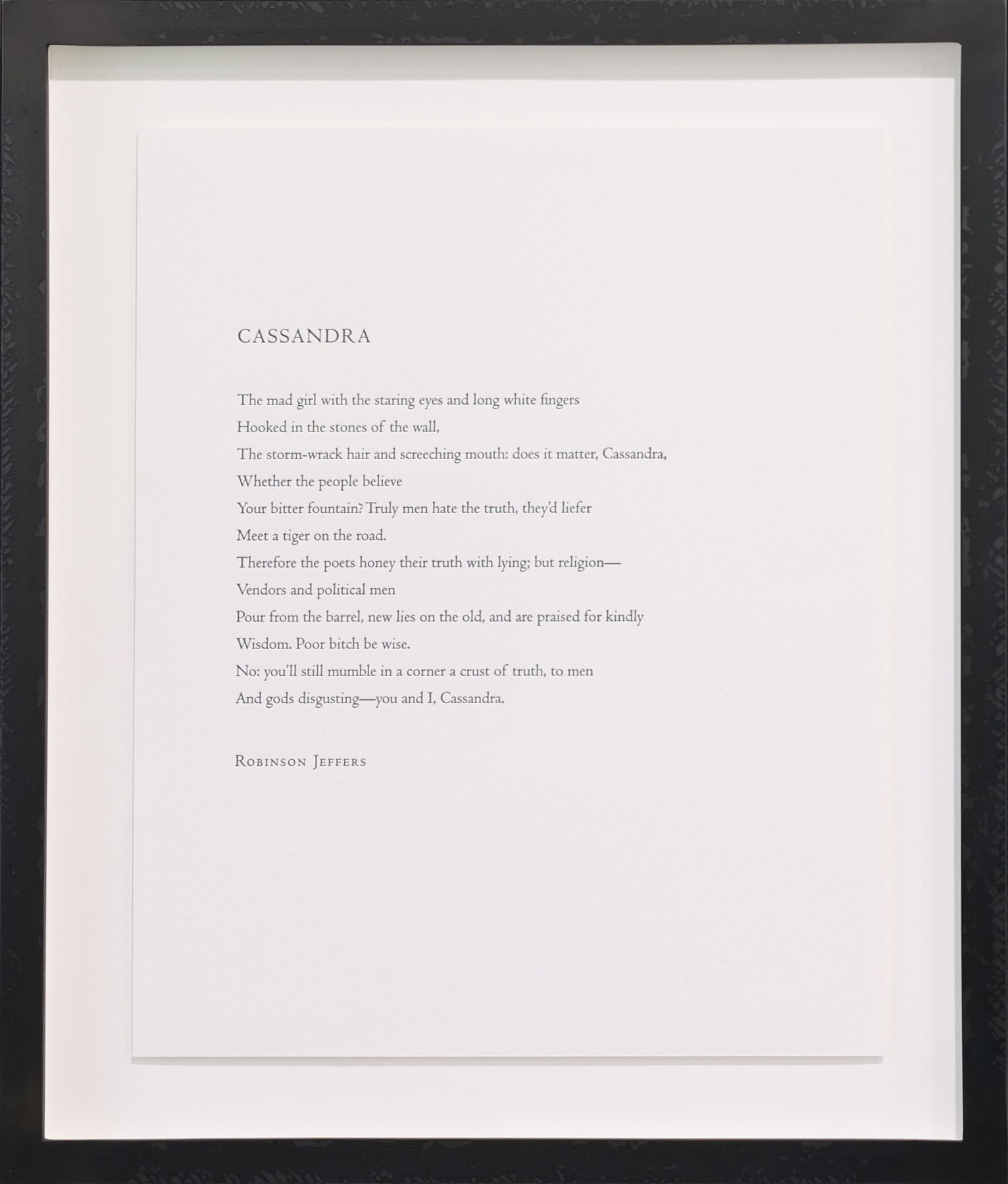 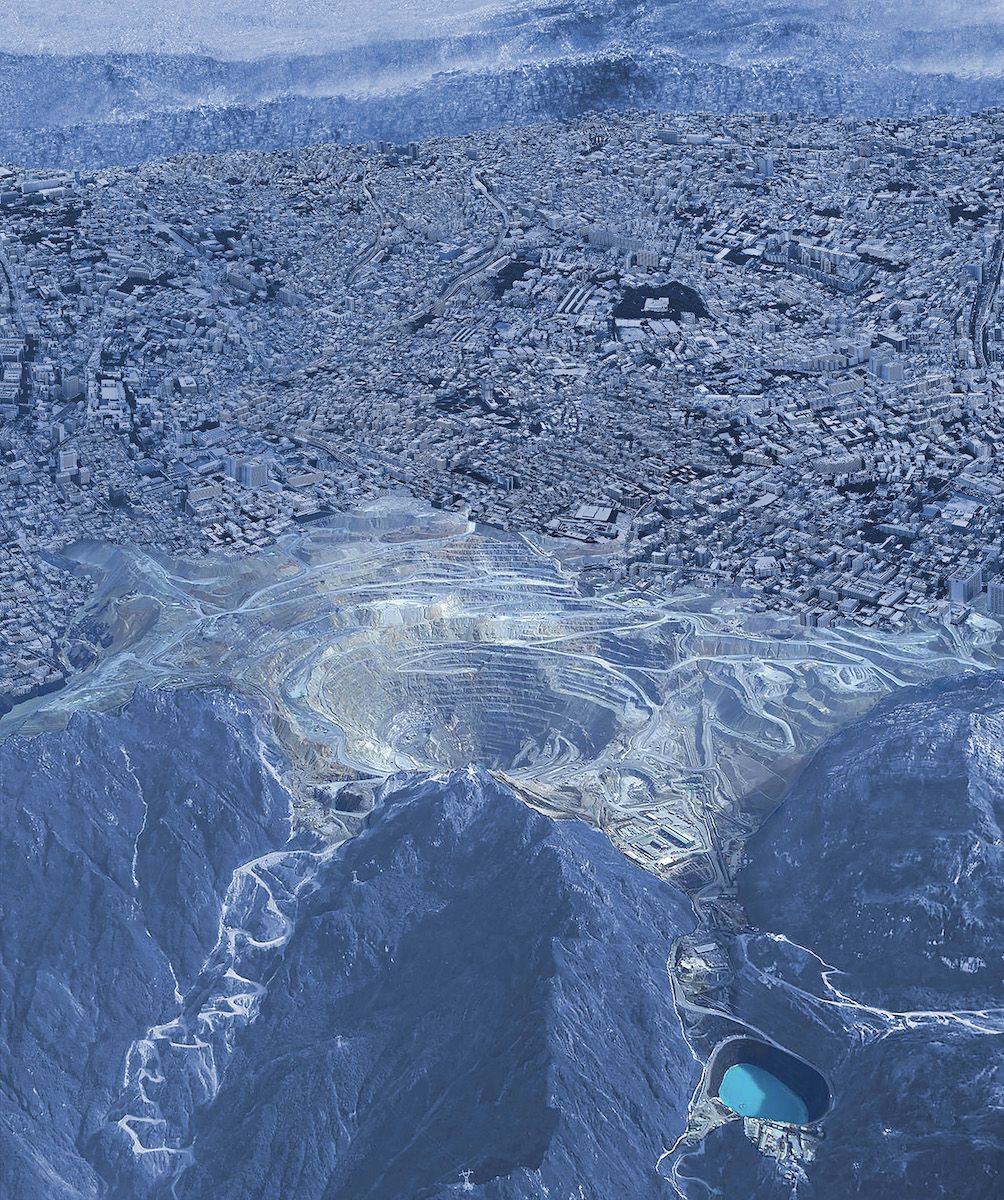 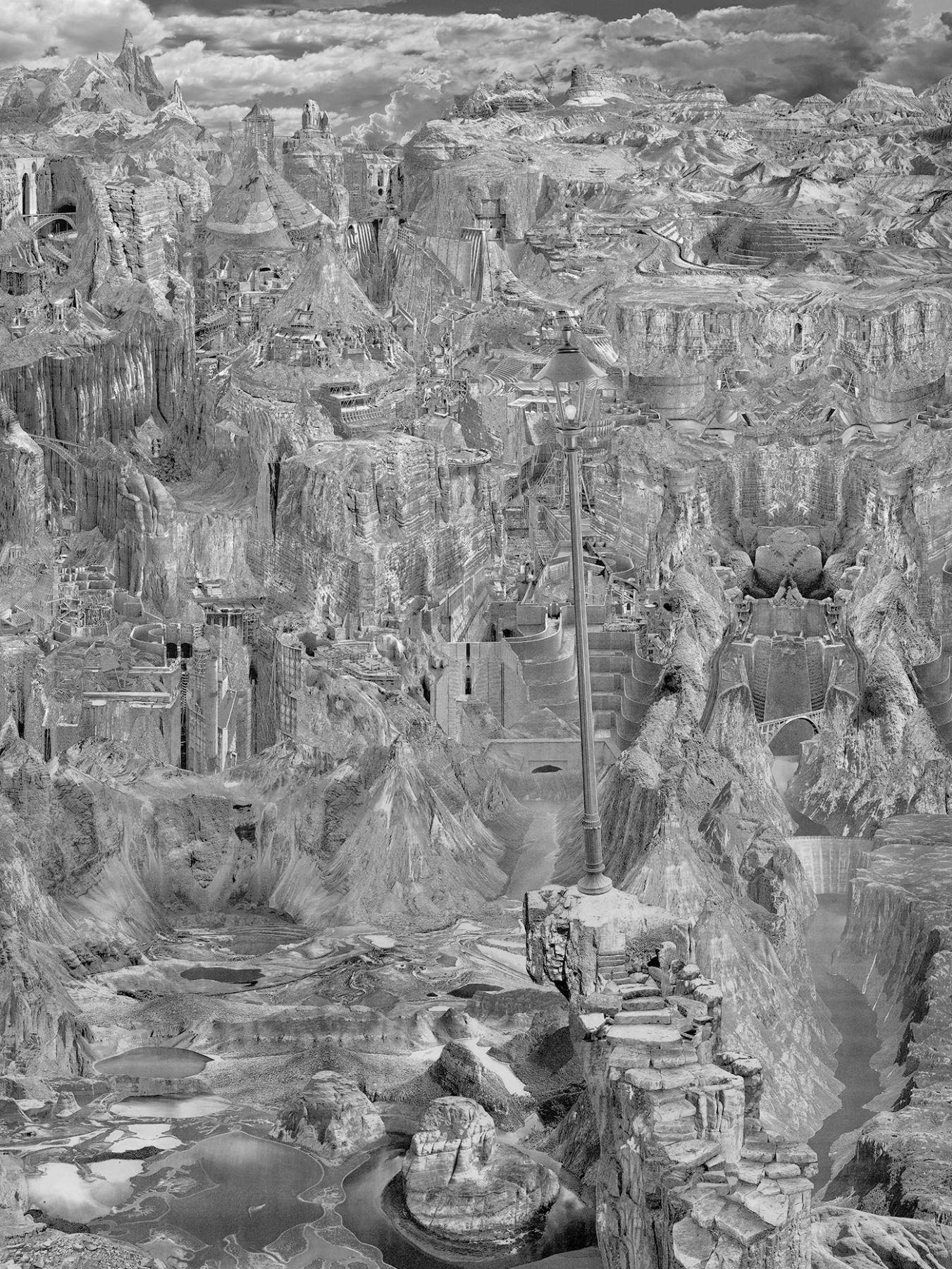 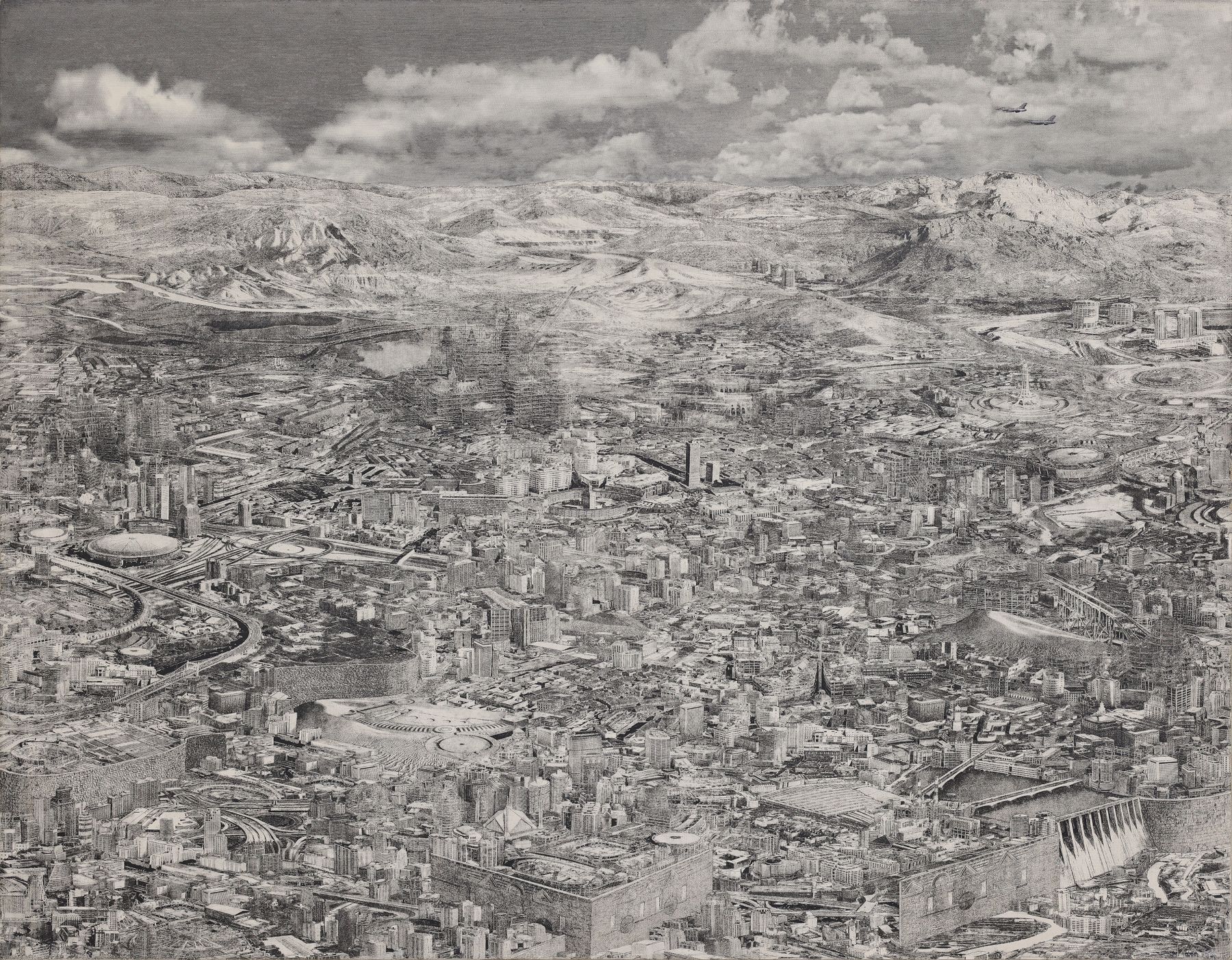 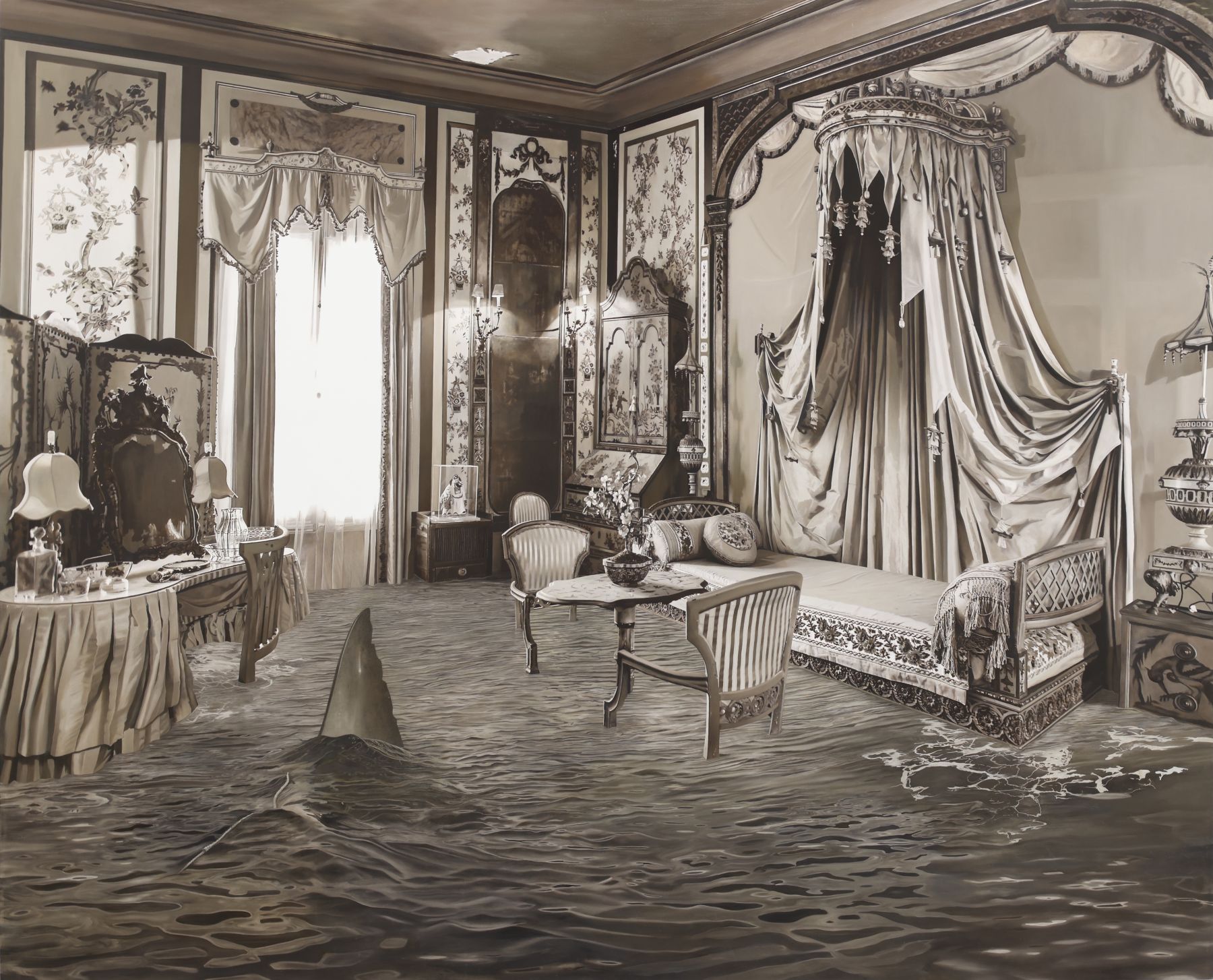 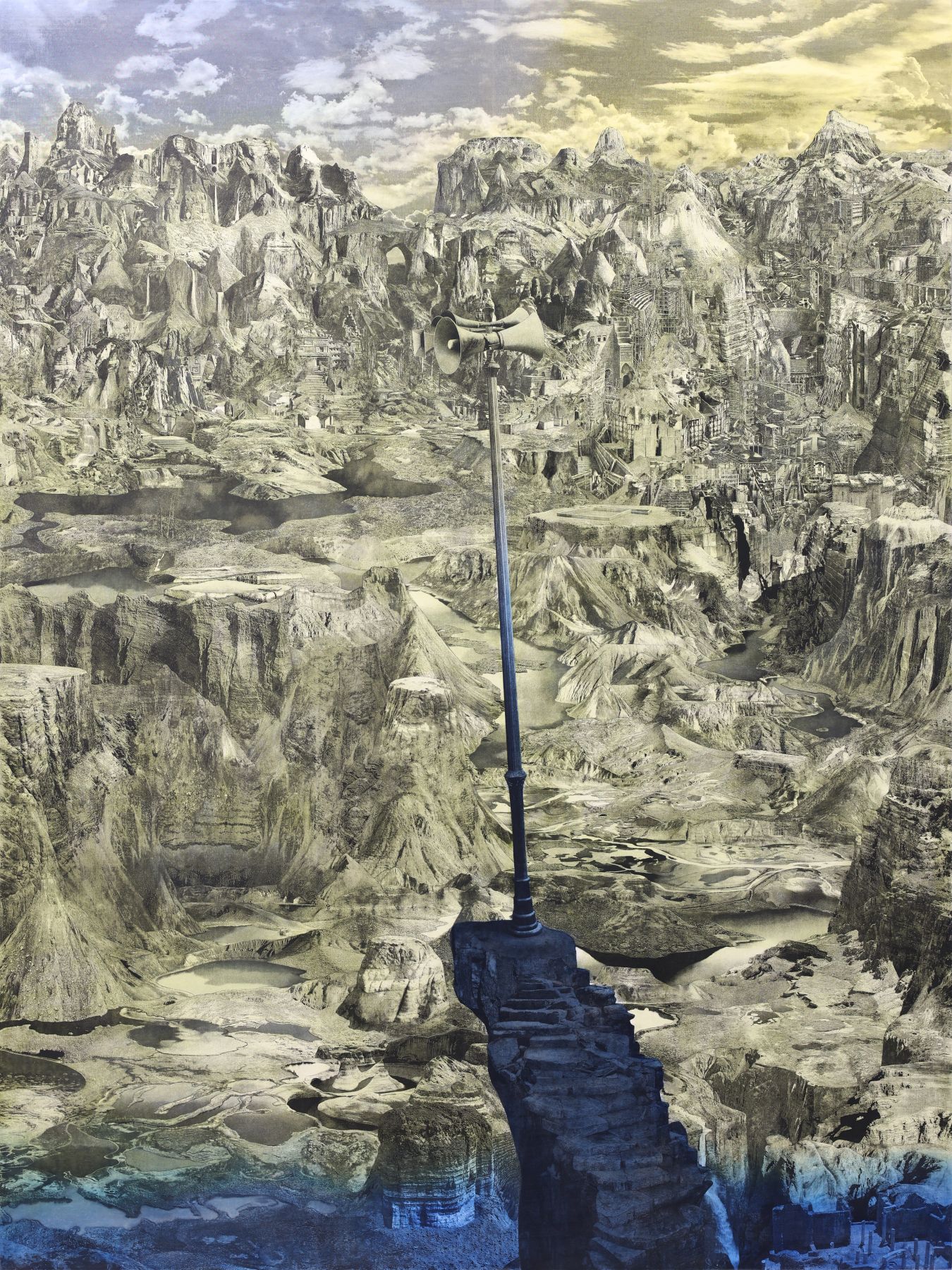 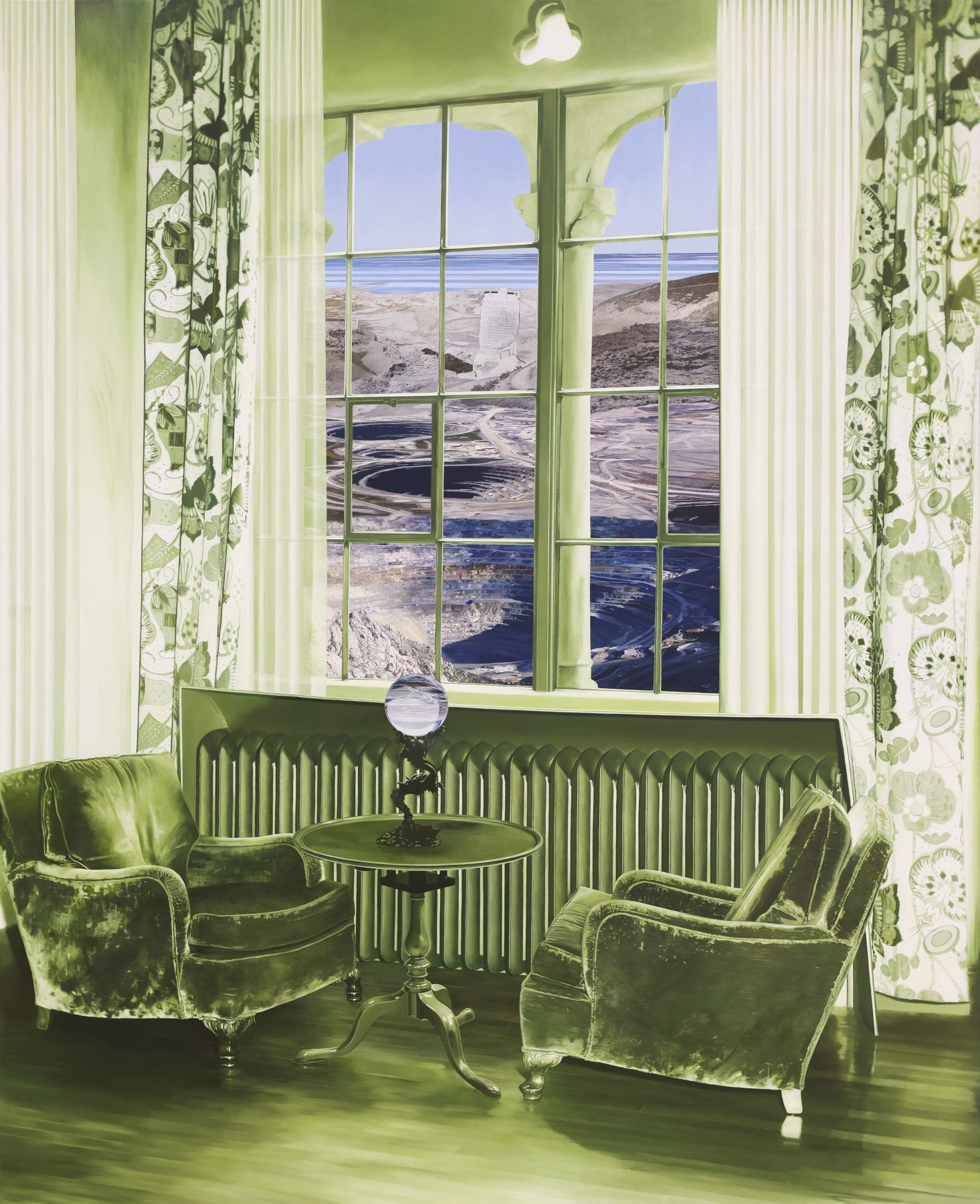 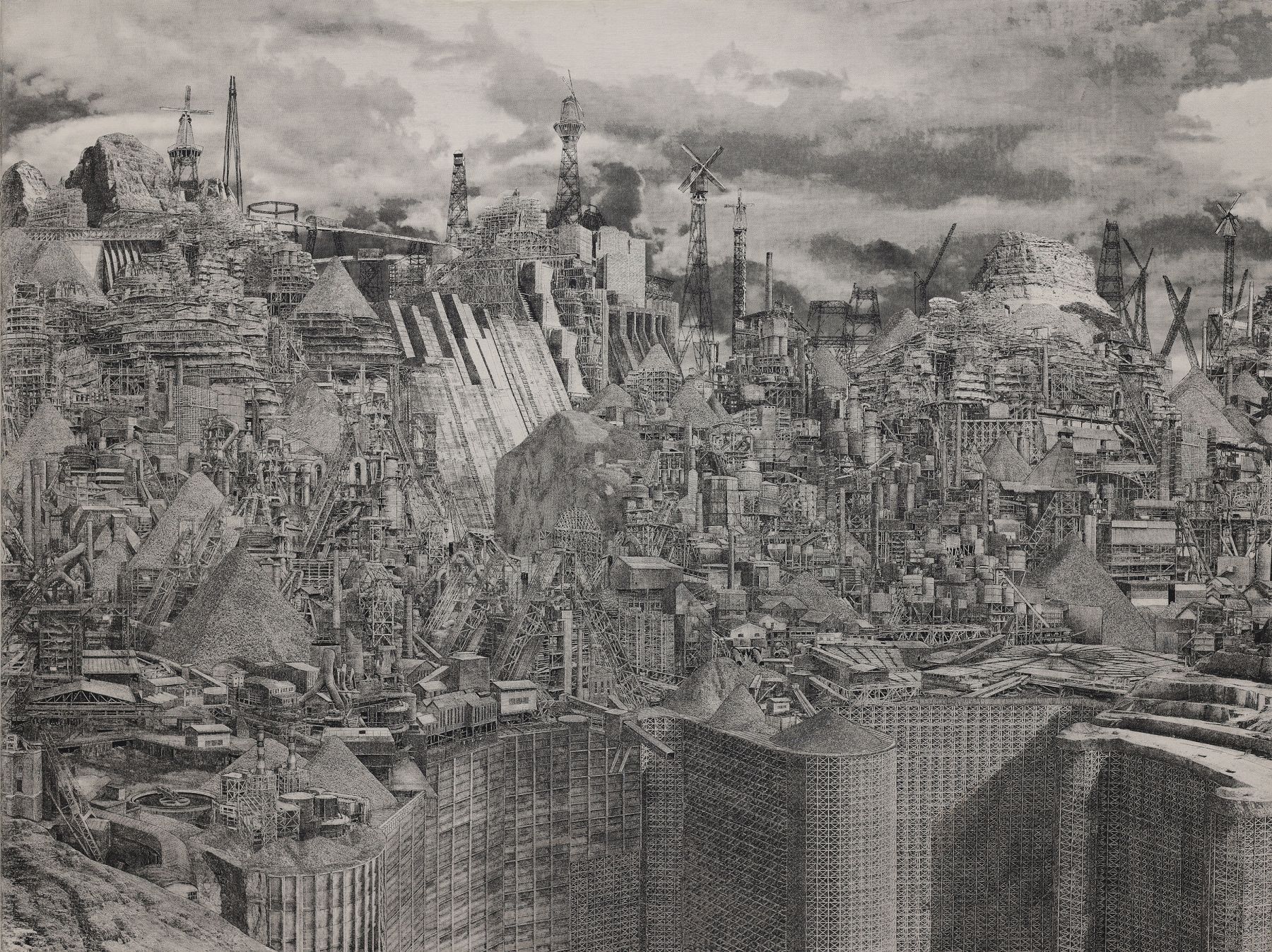