Zoom Blue Dot: Stills is a part of BULL.MILETIC’s recently completed artistic research project, Proxistant Vision, in which the duo has extensively investigated the current surge in aerial imaging technologies such as drones and satellites. In this work, the pair has identified the emergence of a new visual paradigm that combines proximity and distance into one image, “zoom,” or “flight." Coining the term “proxistance” to describe this phenomenon, the artists’ intent is to show how surveillance targeting and tracking technologies have shaped “screen culture” today in science, art, and digital geography.

The art prints on view at the gallery are all still frames from which the artists’ kinetic video installation Zoom Blue Dot was made. Each still’s title refers to the time code of the video in the installation, marking its “slice” of the path between proximity and distance. Zoom Blue Dot is currently on view at the Museum of Craft and Design as part of the exhibition BULL.MILETIC: Proxistant Vision, Zoom Blue Dot (1990-2020) alongside two other installations.

In the Zoom Blue Dot segment of this project, BULL.MILETIC focuses on the “proxistant” Earth models produced with data obtained by orbiting satellites combined with ground and airborne imaging. In regard to Earth’s depiction as a “speck of dust” in the photograph from Voyager 1 at a distance of 4 billion miles away, this inquiry into “proxistance” is concerned primarily with the question of scale.

This effort was also motivated by the artists’ desire to understand how the proliferation of scalable and composited mediations of Earth are inextricably tied up in multiple ways to the Anthropocene. For example, smartphones can contain 30 different elements, including rare earth materials like cobalt, tungsten, and lithium. These materials require extensive mining, resulting in considerable environmental, social, and political impact to which the artists wanted to draw attention.

The videos BULL.MILETIC created in Zoom Blue Dot were particularly inspired by the visual communications research conducted by the American design couple Ray and Charles Eames in their legendary films, Powers of Ten (1977) and A Rough Sketch (1968). However, as opposed to the Eames’ camera, which travels from the outer limits of the observable universe into the molecular structure of the human body at a picnic by Lake Michigan, the camera in Zoom Blue Dot zooms into the “pale blue dot” photograph of Earth displayed on two iPhones placed in the center of a dry lakebed in Nevada.

As the stills span the distance from satellites and drones to microscopic close-ups, the viewer will be taken on a “proxistant” journey starting with Earth depicted as a speck of dust in the photograph from Voyager 1 to the inside depths of the iPhones 5 and 6. The stills that show the different layers that make up the phones’ liquid-crystal displays reveal a mysterious visual landscape inside the electronic devices’ interiors. Some of the images featured at Anglim/Trimble were enlarged from these microscopic captures. 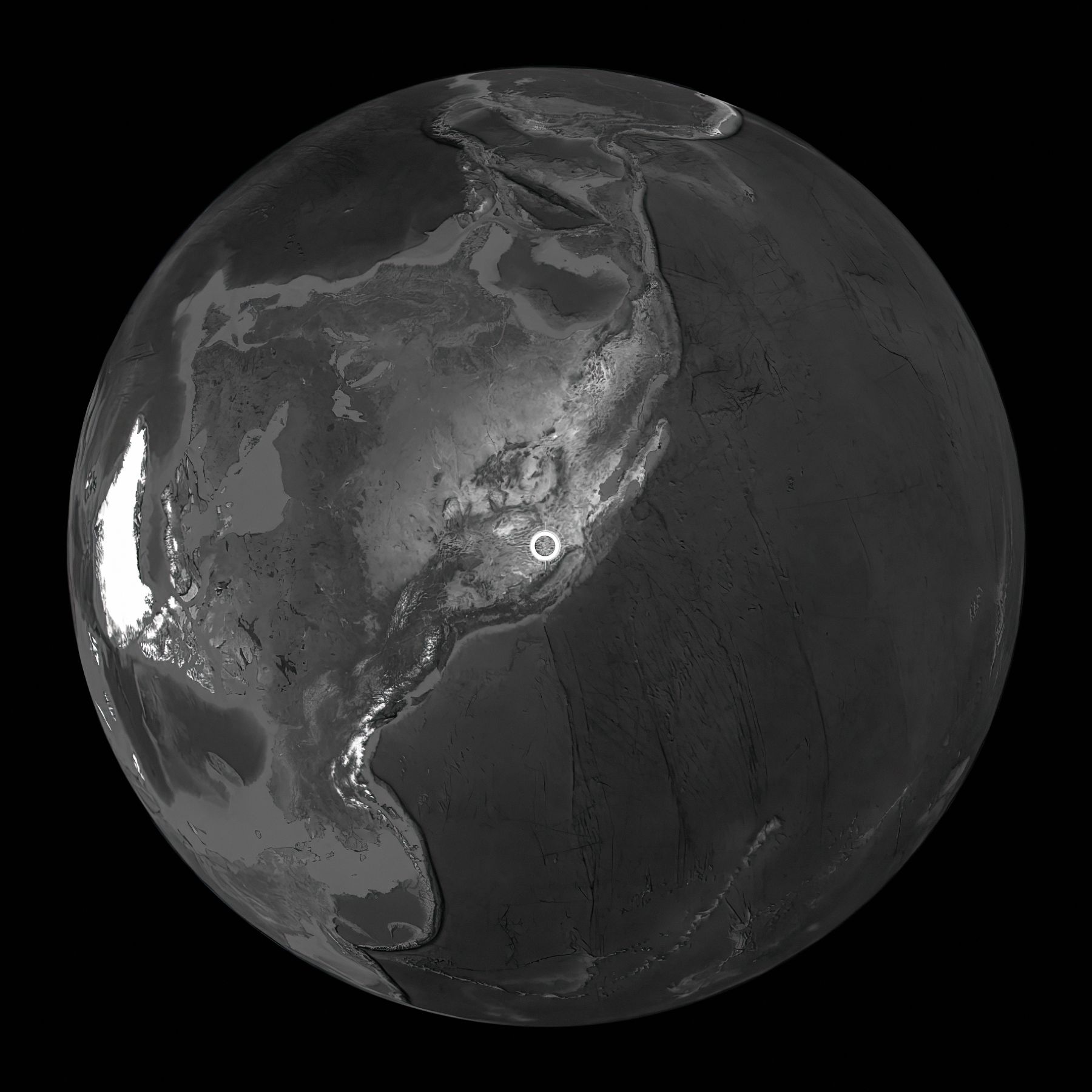 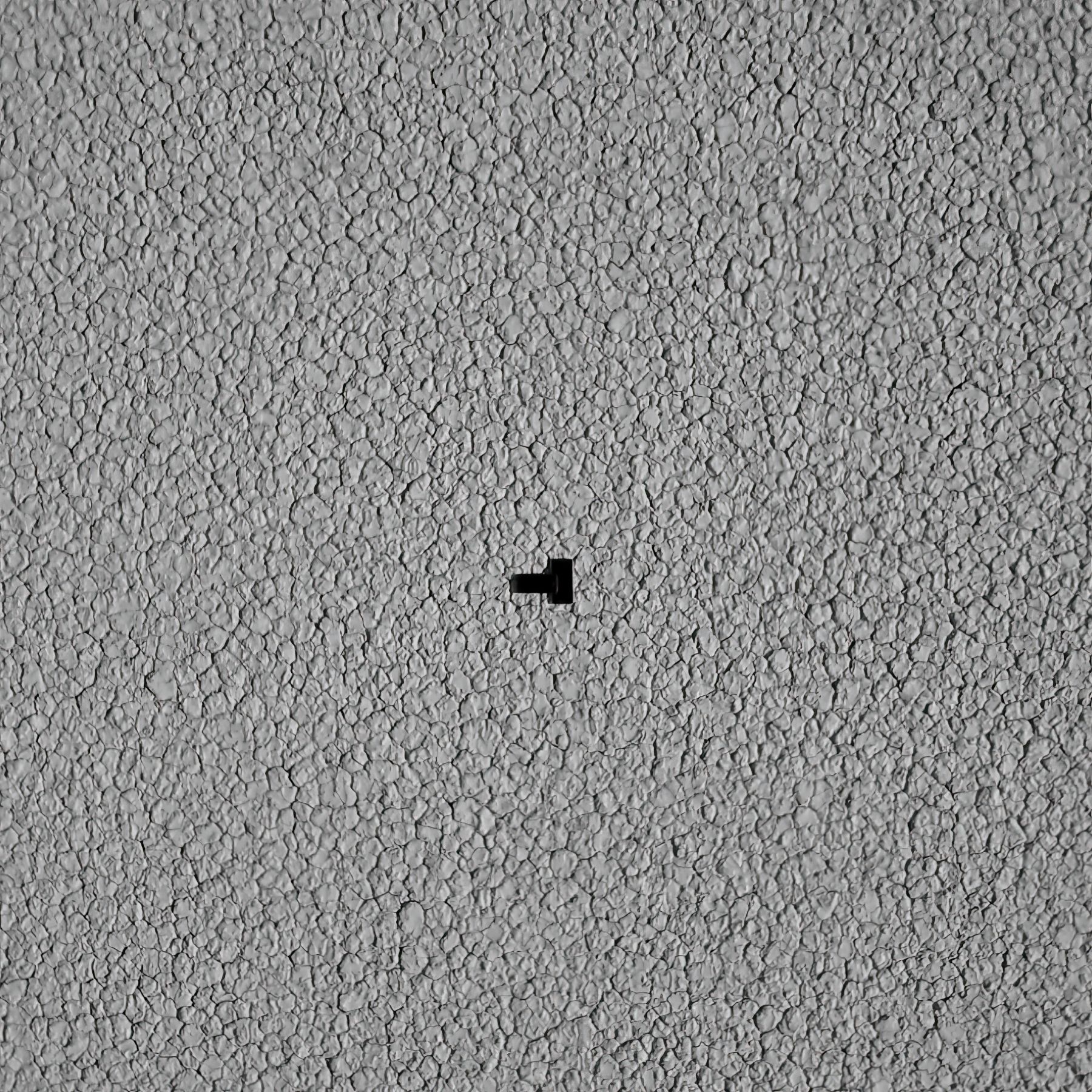 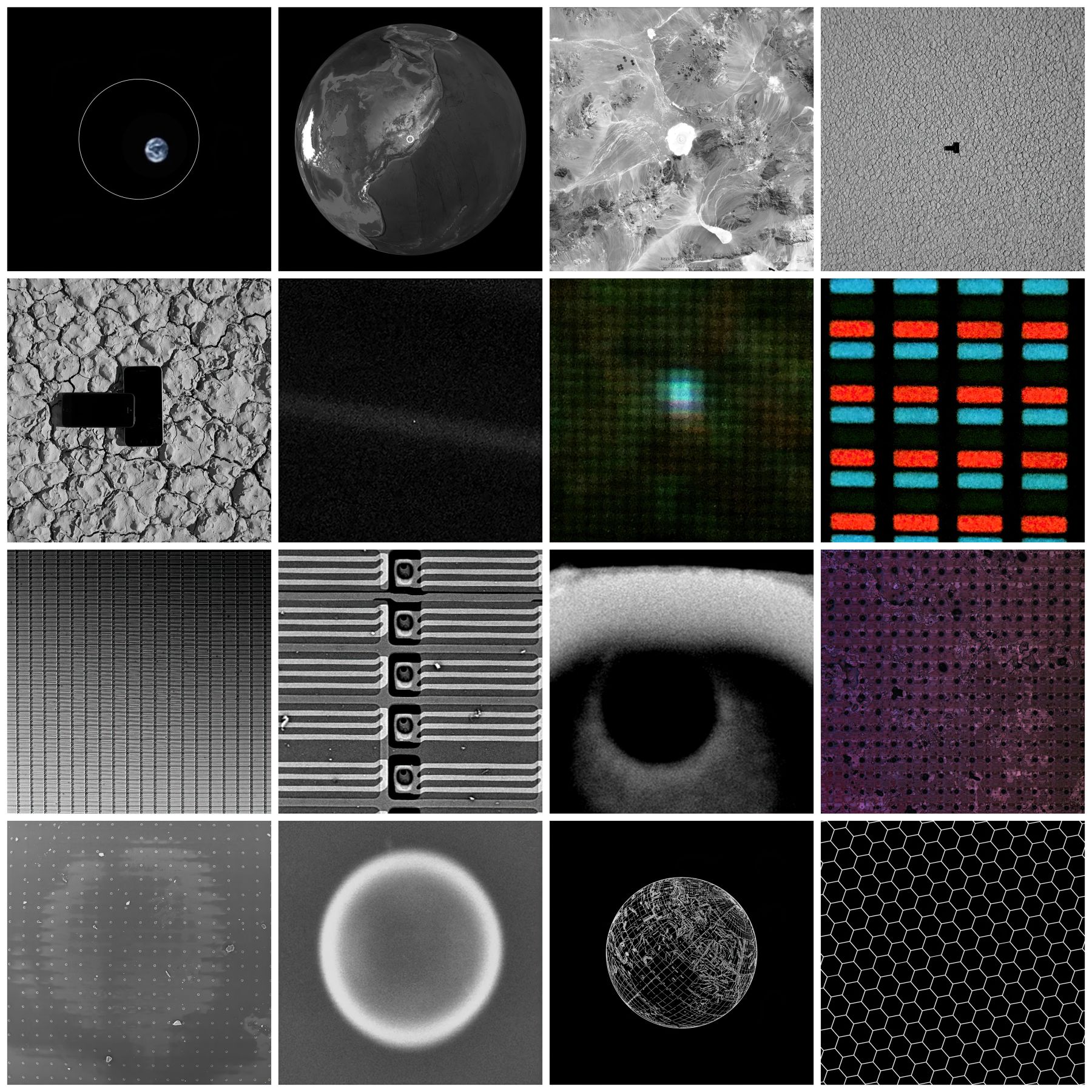 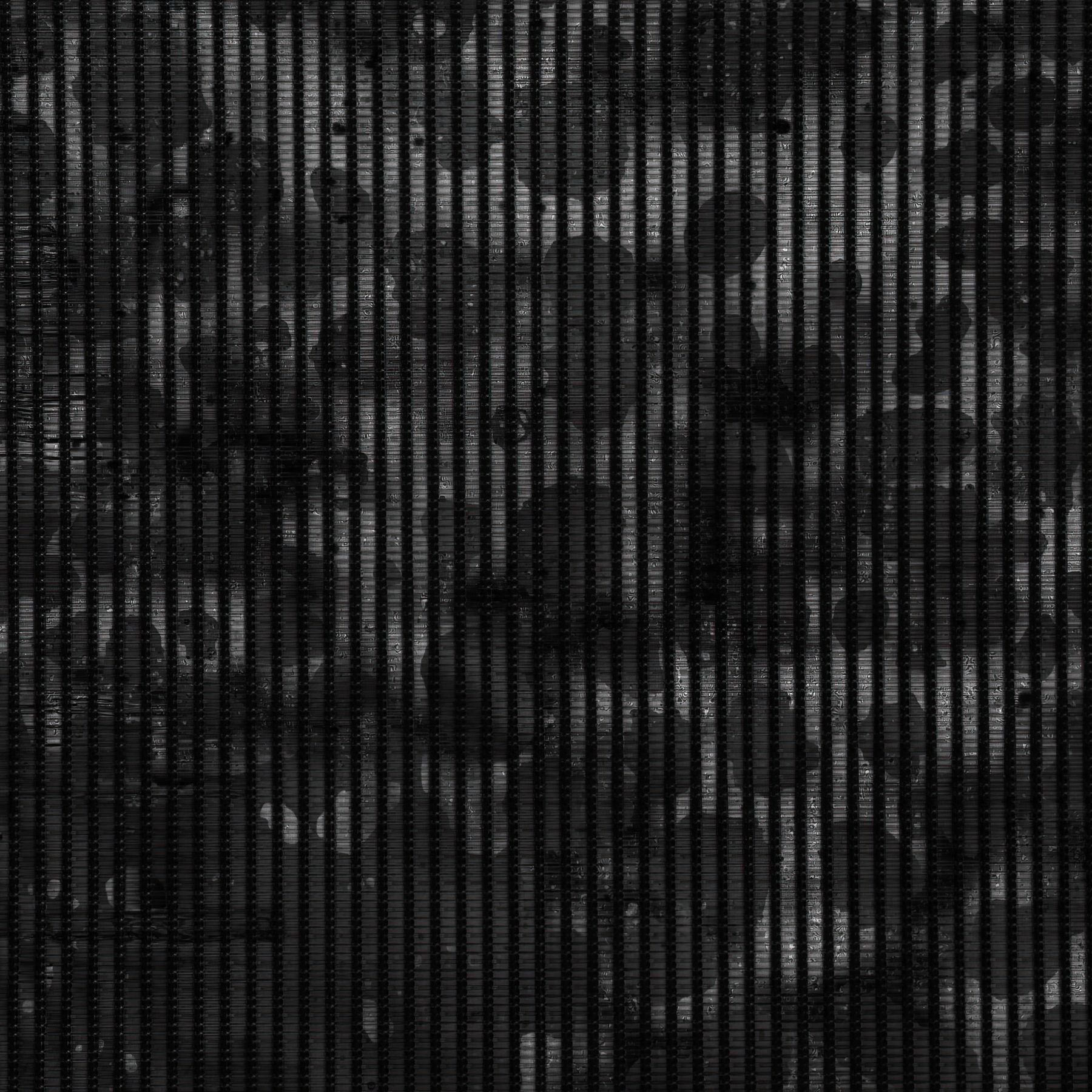 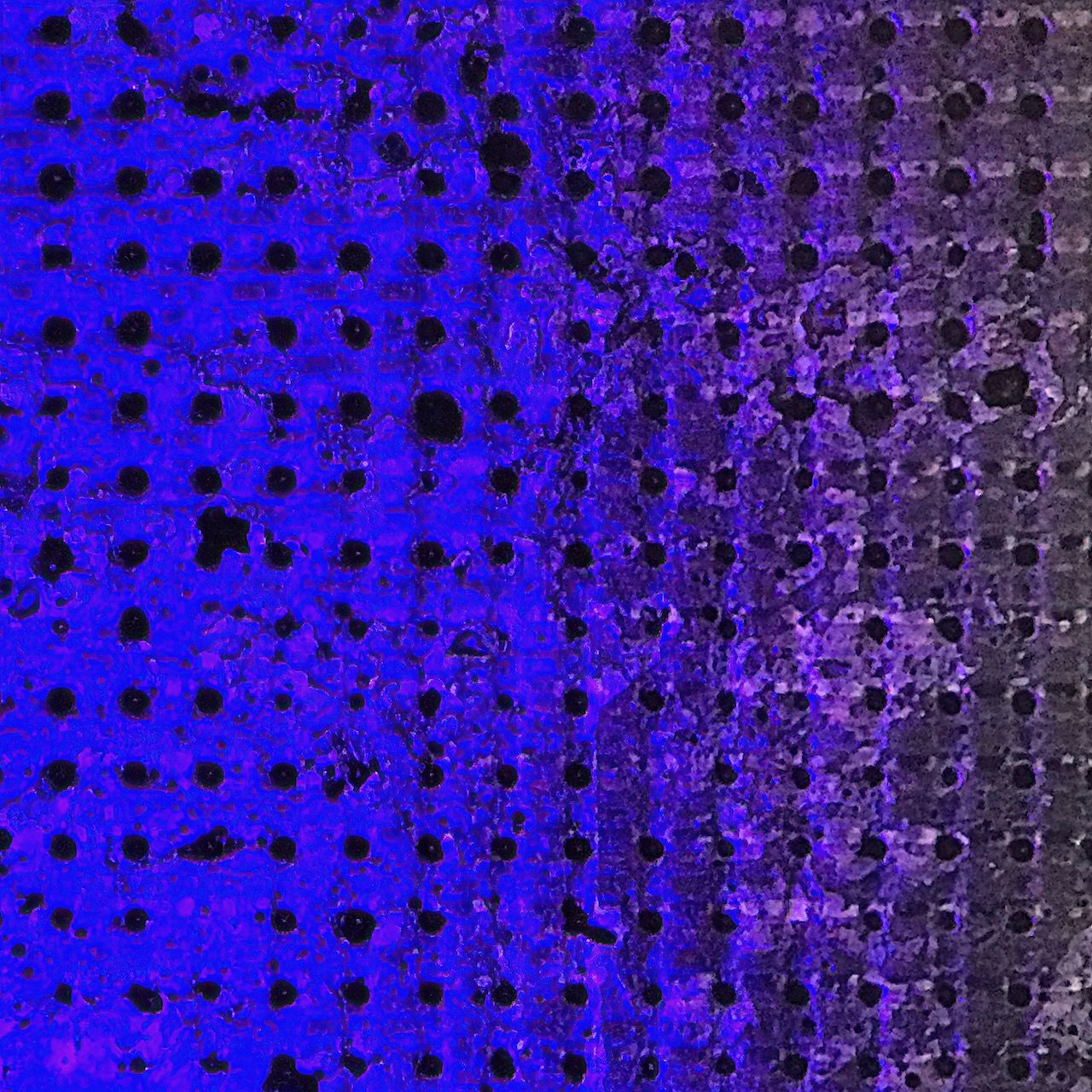 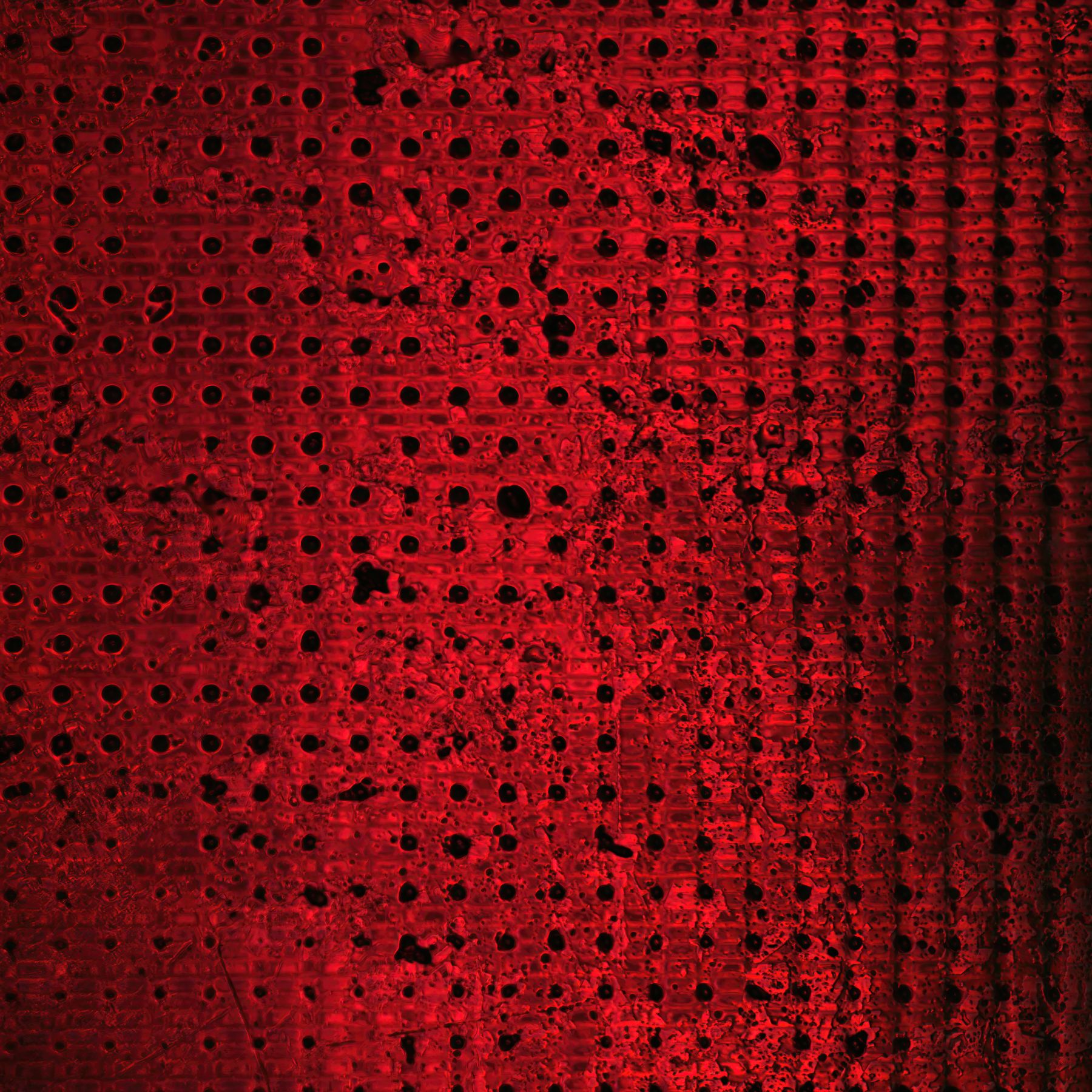 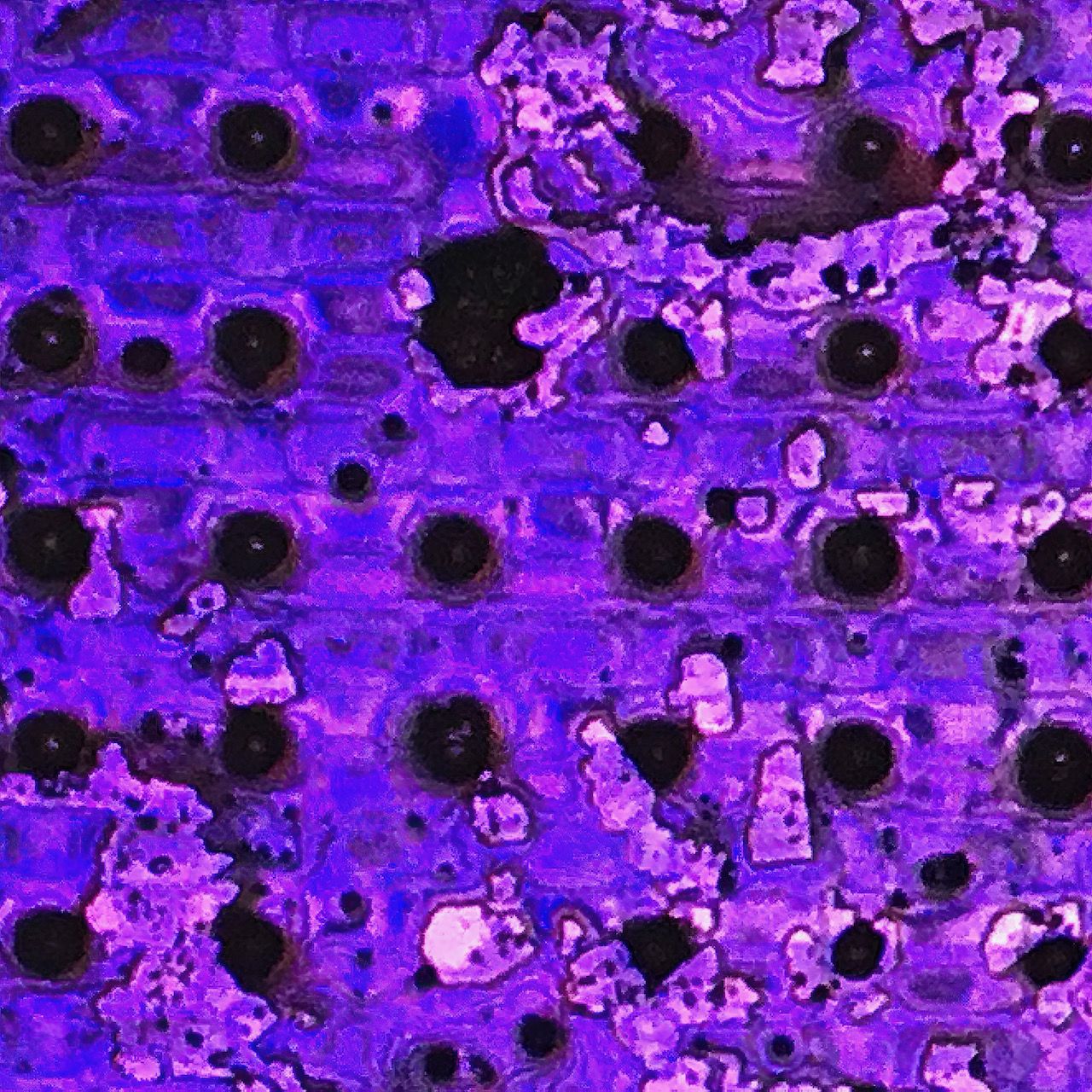 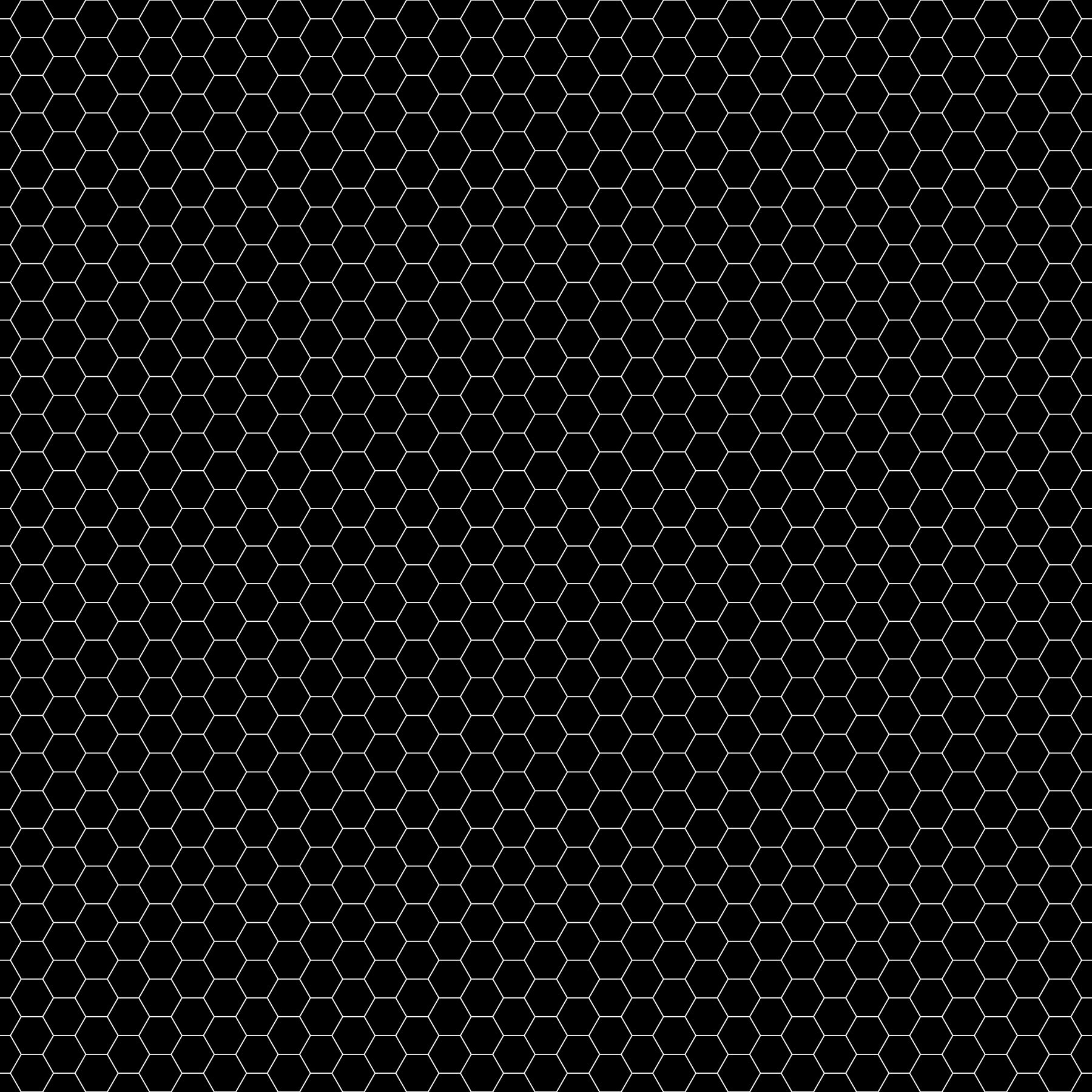 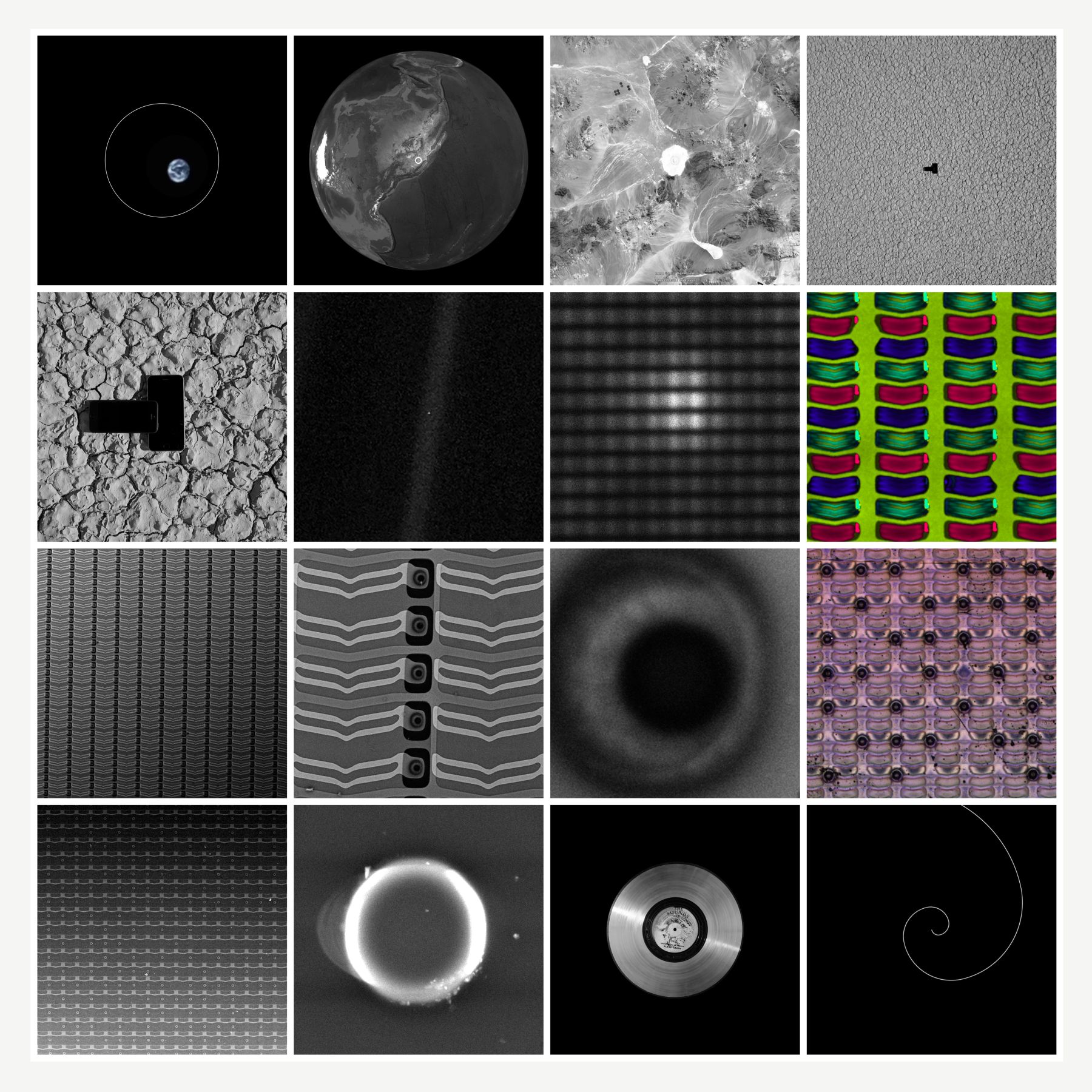 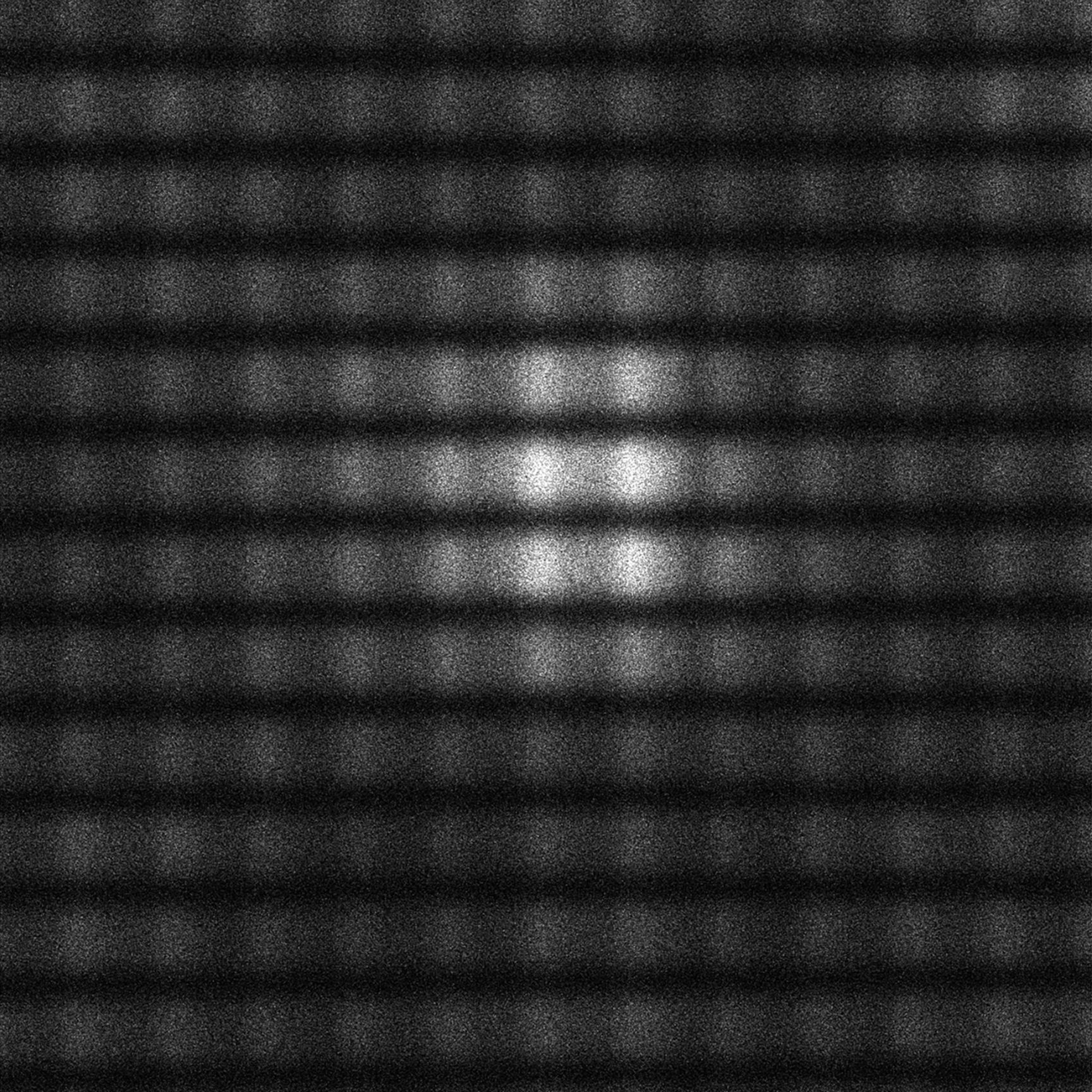 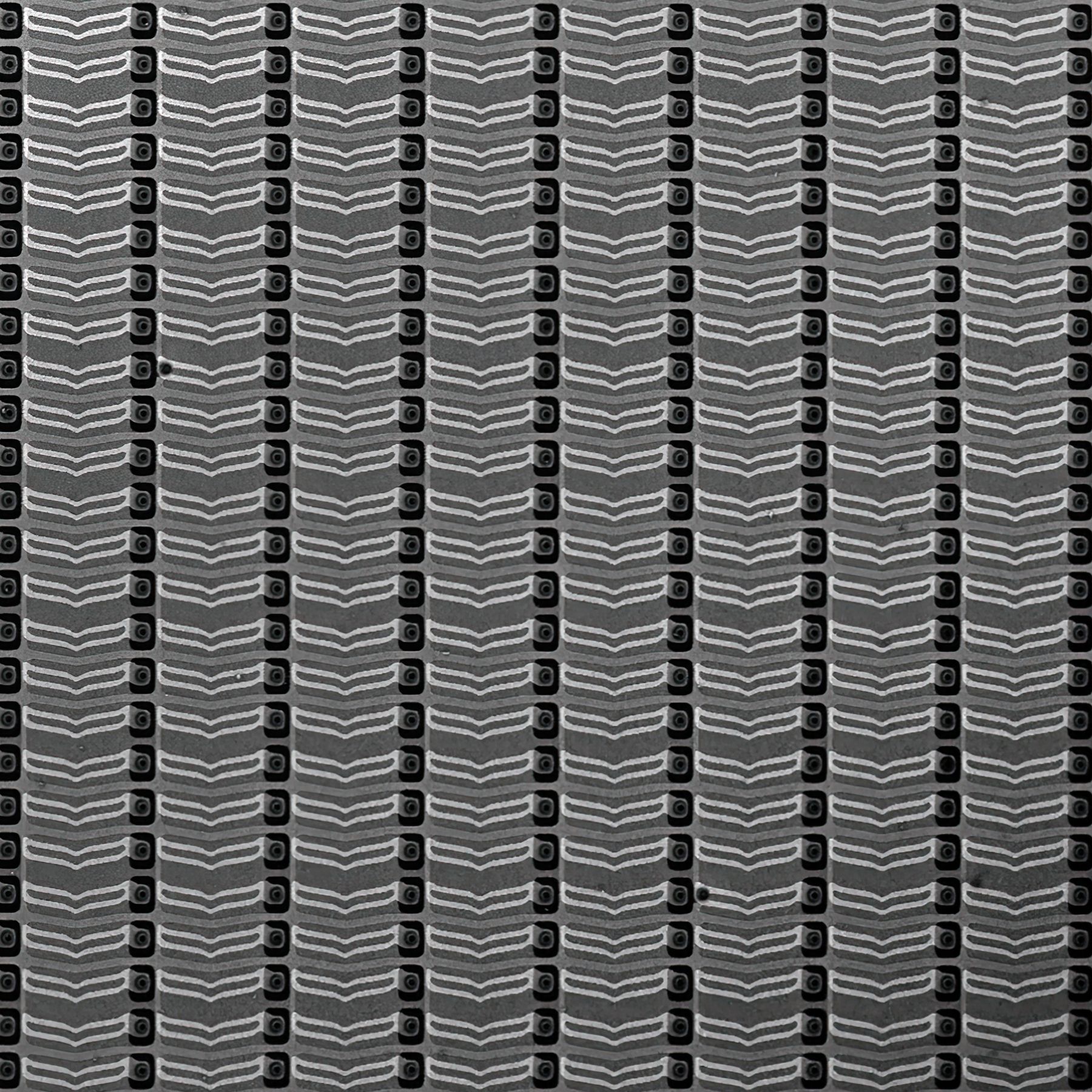 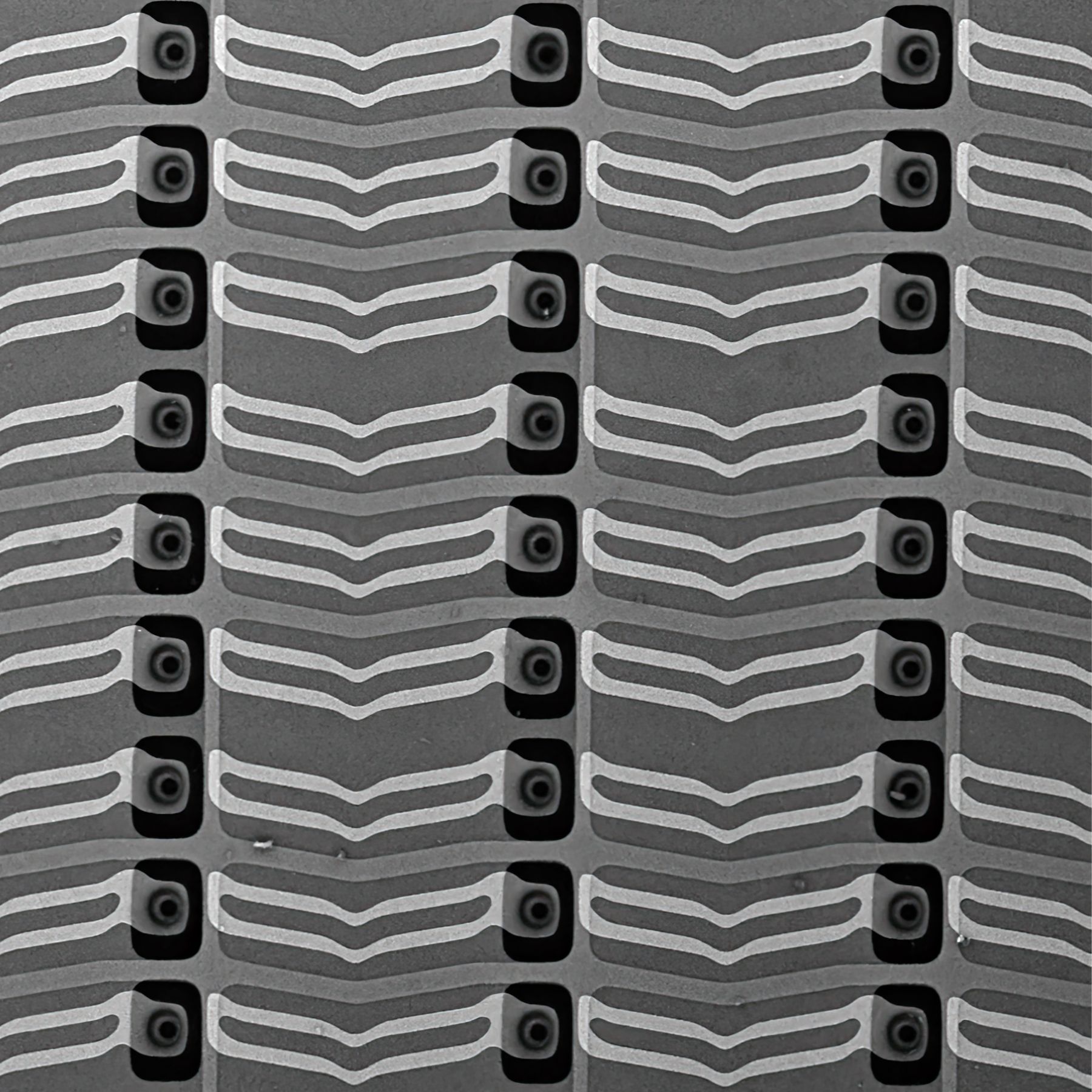 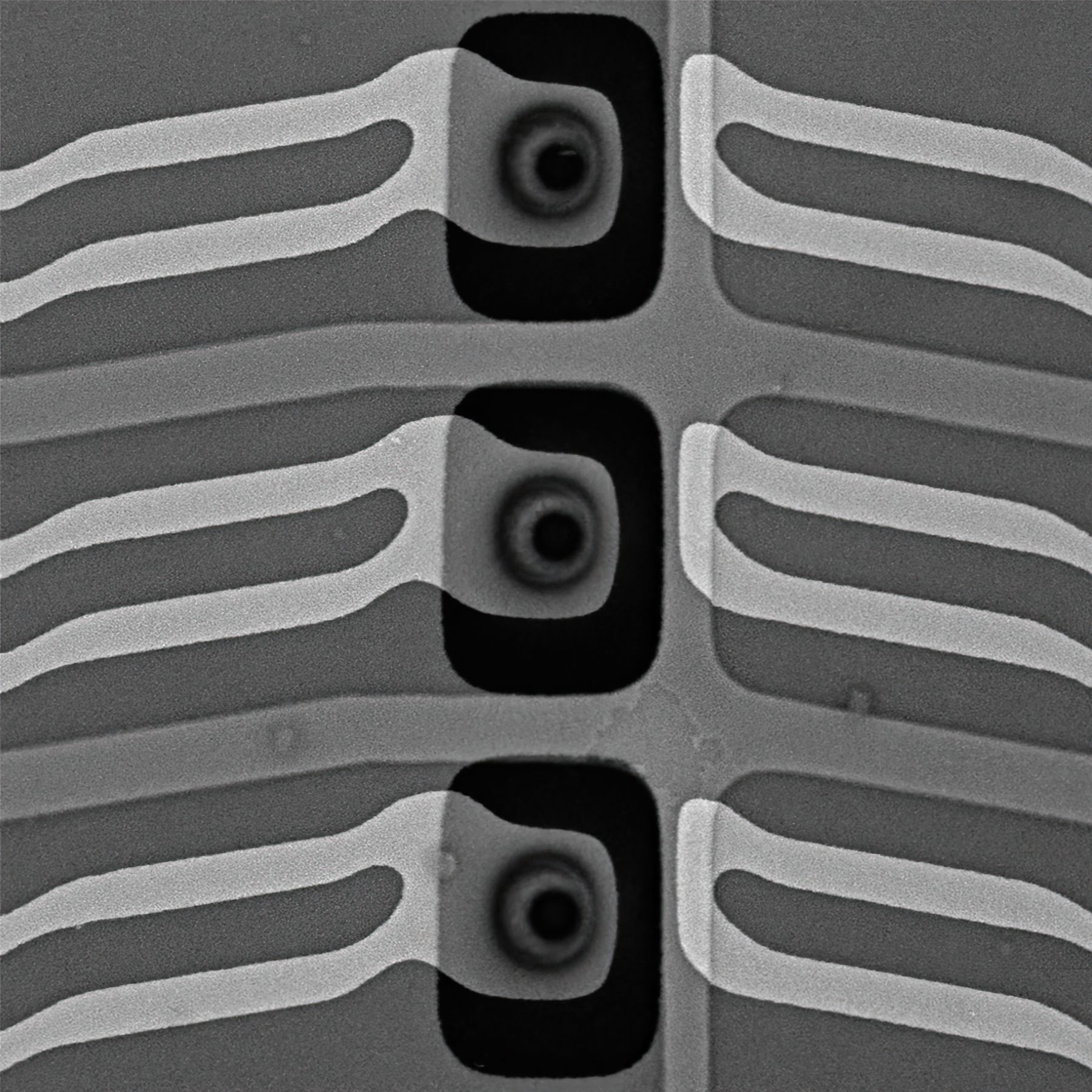 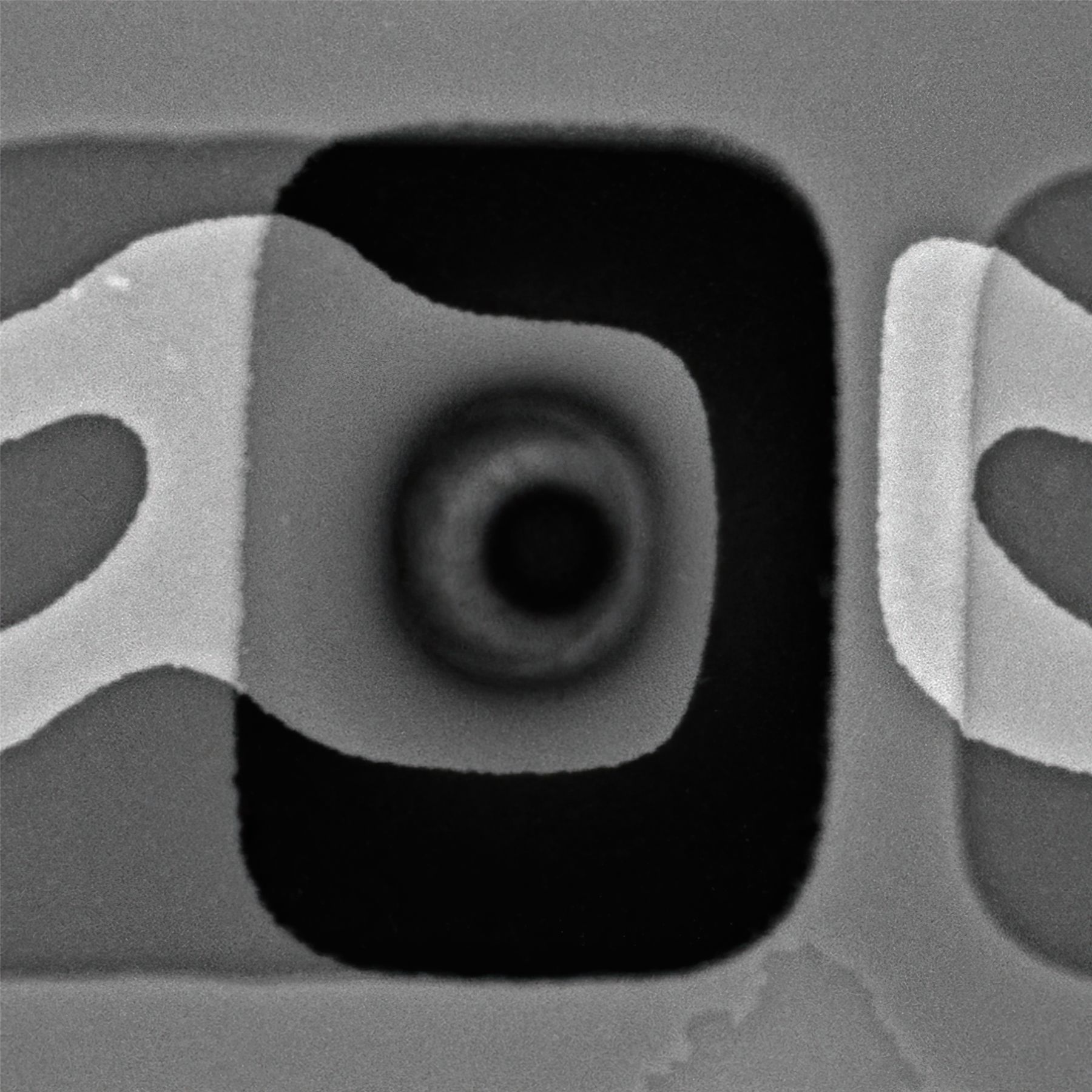 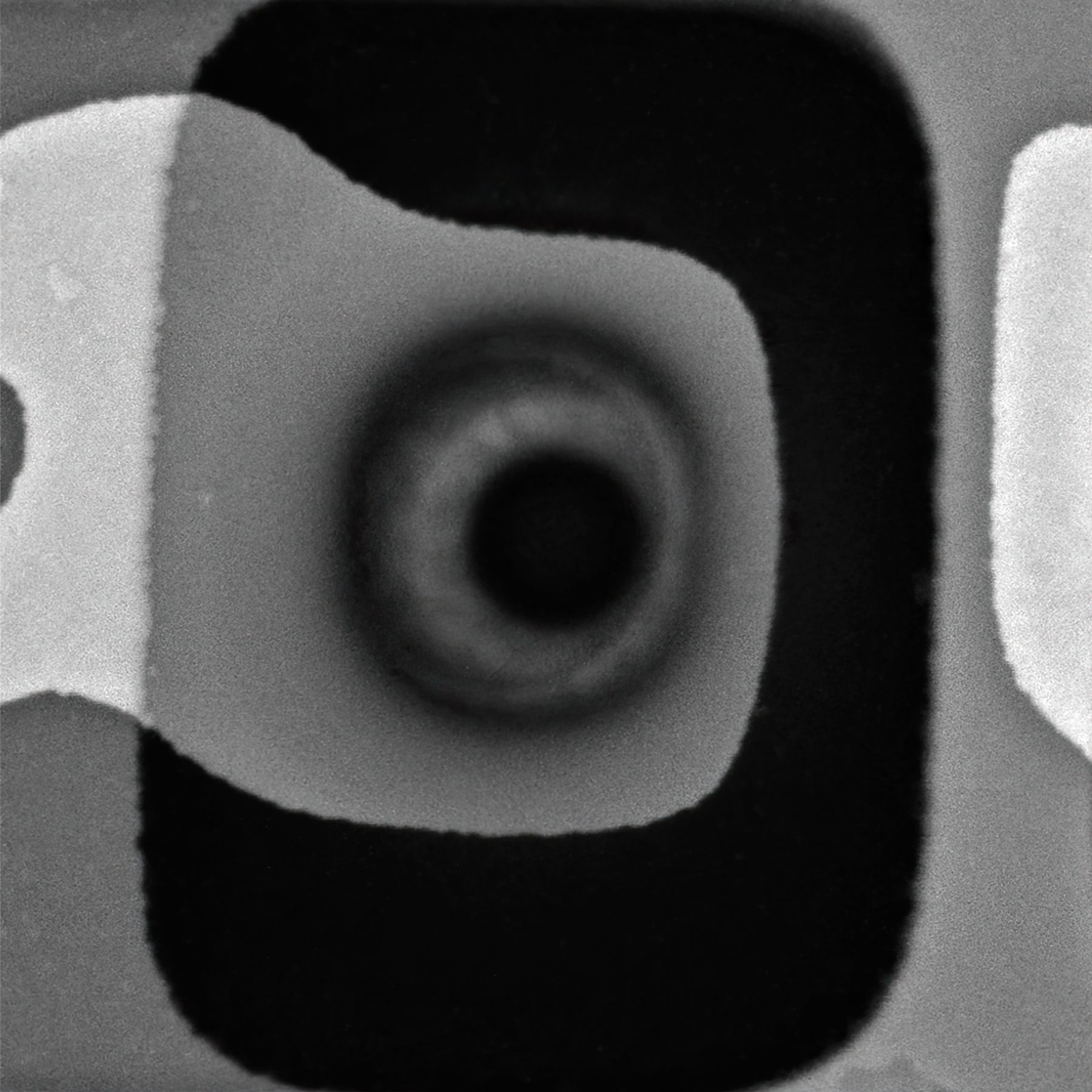 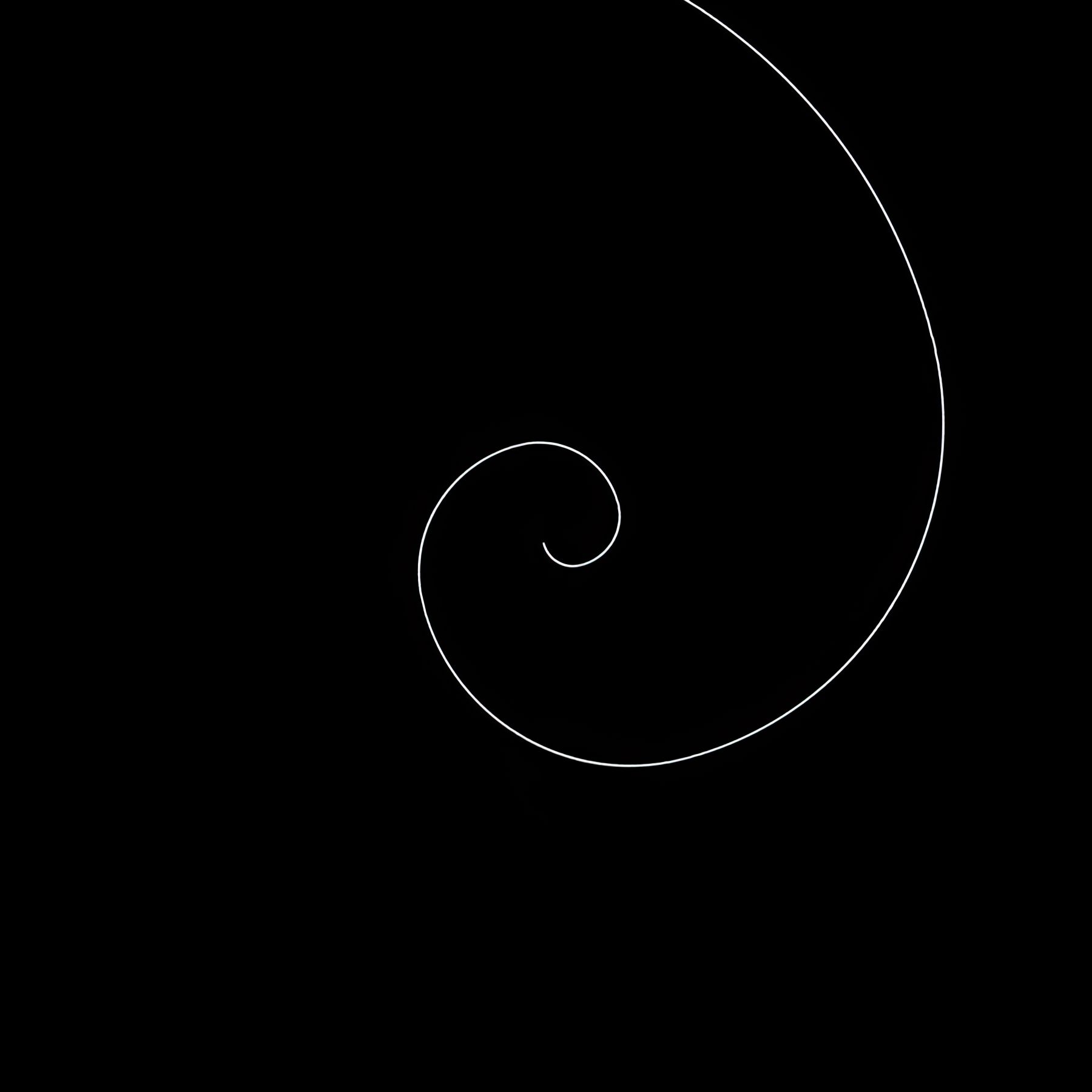